Taxes, abortion on agenda as Virginia lawmakers back at work

Taxes, abortion and energy policy are among the issues the Virginia General Assembly is expected to debate when it convenes Wednesday for its annual legislative session.
Listen now to WTOP News WTOP.com | Alexa | Google Home | WTOP App | 103.5 FM

RICHMOND, Va. (AP) — The Virginia General Assembly kicked off its annual legislative session Wednesday with a hefty agenda that includes taxes, abortion and energy policy, but there are low expectations for how much work will actually get done during an election year.

Every legislative seat in the Republican-controlled House of Delegates and the Democrat-held Senate is on the ballot this November.

Lawmakers will work on revising the two-year budget they approved last year. Republican Gov. Glenn Youngkin outlined his proposed amendments last month, asking for another $1 billion in tax cuts, in addition to the $4 billion in tax relief he has already signed into law.

The state is expecting a $3.6 billion surplus for fiscal year 2023. Republicans have praised Youngkin’s proposal, which includes a corporate tax rate cut, while Democrats have criticized the proposal and instead called for making the earned income tax credit fully refundable and investing more money in schools.

“We need to make sure we put money into the pockets of hard-working families and education, and to hell with the governor’s budget proposal,” Lucas told reporters.

Youngkin, who is frequently mentioned as a possible 2024 presidential contender and has not publicly ruled out such a bid, touted his accomplishments during his first year in office and said his budget proposals will bring tax relief to businesses and individuals. He said that when combined with last year’s tax cuts, his plan would save a typical family more than $1,900.

“The writing on the wall couldn’t be more simple __ the people of Virginia are overtaxed. It’s their money, not the government’s, and they are voting with their feet and their wallets,” Youngkin said Wednesday during his State of the Commonwealth address.

Democrats criticized Youngkin’s speech, saying he “seems to get his inspiration” from the Republican “Make America Great Again” movement.

“We heard from a governor focused on running for president and appeasing the MAGA movement __ not looking out for families,” said Democratic House Leader Don Scott.

Lawmakers will debate how the state should regulate abortion, for the first time since the Supreme Court decision in June overturned Roe v. Wade, the landmark 1973 ruling that established a nationwide right to abortion.

Youngkin has said he hopes to pass a 15- or 20-week ban with exceptions for rape, incest and the life of the mother. Such a bill faces a difficult path. It would need to clear a committee disproportionately stacked with Democrats, who have promised to vote down any abortion restrictions, before advancing it to a floor vote, where the chamber is more closely divided on the issue.

The prospects for new restrictions on abortion grew more dim as Democrat Aaron Rouse claimed victory in a race for the Senate seat formerly held by Republican Jen Kiggans, who was elected to Congress in November. The results of the race are still unofficial, but Rouse’s opponent, Republican Kevin Adams, issued a statement Wednesday calling Rouse senator-elect. That gives Democrats in the Senate a 22-18 majority in the Senate.

Youngkin downplayed the impact the election results could have on abortion restrictions.

“Doesn’t change any of our agenda at all,” he told reporters.

A bill introduced Wednesday by Republican Del. Kathy Byron and Republican Sen. Stephen Newman would ban abortions after 15 weeks. Democrats, however, filed a resolution that calls for a constitutional amendment to preserve “the fundamental right to reproductive freedom.”

Del. Charniele Herring, the lead patron of the amendment, said it would be consistent with current Virginia law, which allows abortions during the first and second trimesters of pregnancy. Abortions after that time are allowed only if three doctors find that continuation of the pregnancy would likely result in the death of the woman or would irreparably impair the mental or physical health of the woman.

“I think it is well-reasoned. It does not go too far,” Herring said.

Republican House Speaker Todd Gilbert, who said earlier this week that he is doubtful that “anything of substance” on abortion will be passed by the General Assembly this session, criticized the proposed amendment as “a unfettered approach to abortion outright.”

“I think they’re certainly trying to lay down a marker, unfortunately, the marker is that they don’t favor any restrictions on abortion at any time, right up until the moment of birth,” Gilbert said. “This would take that notion and put it into the constitution of Virginia.” 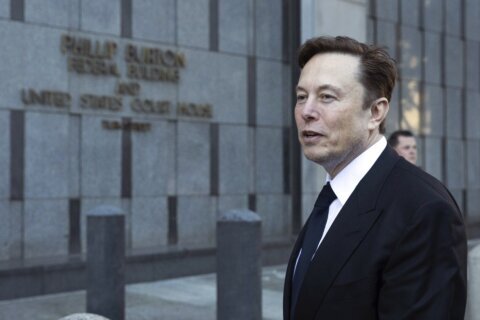