NORFOLK, Va. (AP) — Virginia’s Attorney General has lambasted a state commission that is investigating a 2019 mass shooting in Virginia Beach, citing the panel’s “overall dysfunction” and the resignation of nearly half its members, according to a letter dated Wednesday.

AG Jason Miyares wrote that “diligent” commission members have met resistance from others on the panel as well as the city itself when seeking information on the shooting by a city engineer that killed 12 people.

“I have been incredibly disappointed in the way that the commission has conducted their investigation and review thus far,” Miyares wrote. “Not even half of the membership attended the commission’s second meeting … (or) appeared to hear a briefing from the FBI and discuss the five reports related to the shooting.”

The 21-person commission is tasked with conducting an independent review of the massacre at a city government building and to make recommendations for the state’s laws and policies as well as for other government agencies.

The rampage was one in a string of high-profile mass shootings nationwide, occurring between the high school killings in Parkland, Florida, and the Walmart massacre in El Paso, Texas. Some victims’ family members have felt forgotten after the national spotlight moved on.

Some also view the commission as their last chance to get definitive answers for what happened and to provide some accountability for what they allege was a failure by supervisors to recognize warning signs in a toxic workplace. The shooter, DeWayne Craddock, was killed by police.

Jason Nixon, whose wife, Kate Nixon, was killed, told The Associated Press last year that the shooter was upset because he was having trouble at work and lost out on a promotion.

“Human resources dropped the ball on policies, protocol and procedures,” Nixon said in 2021. “My wife warned them all the time that there’s something wrong with this guy.”

The FBI’s Behavioral Analysis Unit found last year that the shooting “was motivated by perceived workplace grievances.” But the agency also cautioned that no person or group was in a position to “see the confluence of behaviors that may have forewarned the attack.”

“It is important to note that only the shooter knew the real reason why he committed this horrific act of violence,” the FBI said in June 2021.

In March 2021, Virginia Beach police said they could not determine a motive for the killings.

“Despite exhaustive investigative work and in spite of unsubstantiated rumors and accusations, it appears we may never know why he committed this heinous act,” the city’s final investigative report concluded.

In Wednesday’s letter, Miyares implored commission members to prioritize their mission “with the seriousness and respect that it deserves. The families that have lost loved ones should expect nothing less.”

The Attorney General’s letter follows reporting by The Virginian-Pilot newspaper about the resignation of commission members over the last several months. The newspaper obtained an email from former member Rebecca Cowan to Miyares and Virginia Beach Del. Kelly Convirs-Fowler that expressed concerns.

“In my opinion, manipulative attempts have been made to stifle information-seeking, and as I reflect on my time on the commission, I have concerns that the commission’s work is being obstructed from within, either deliberately or due to negligence,” she wrote, according to the Pilot.

Ryant Washington, the commission’s chairman, did not immediately respond to an email from The AP seeking comment. The email was sent through Virginia Office of the State Inspector General, which is providing staff support for the commission.

But Washington told The Virginian-Pilot that there are “many of us who are working diligently … We are trying to do what is set before us and I think we will continue to do that.”

Washington told the newspaper that some commission members resigned for family reasons or because the work interfered with their jobs. He said the vacancies will be filled.

David Cariens, another commission member, told The AP that The Virginian-Pilot’s reporting and Miyares’ letter appear to have made a marked difference at Wednesday’s commission meeting.

They have “really shaken some people up who before were reticent to really aggressively pursue an investigation,” Cariens said.

But he added: “I still have reservations even in what I heard today — that some members are not going to try to turn this into more of an investigation as into a college term paper, which doesn’t investigate anything.”

In response to Miyares’ letter, the city of Virginia Beach said in a statement that it has and will “partner with any investigation or request for information in support of this effort.”

The public “has a right to look further into what transpired on that tragic day, and we are equally as disappointed with what this letter revealed about the status of the commission,” the city said. 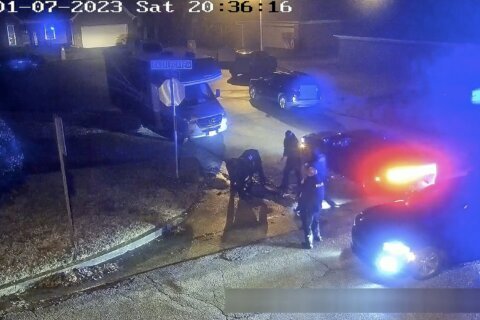 13 Memphis officers could be disciplined in Nichols case 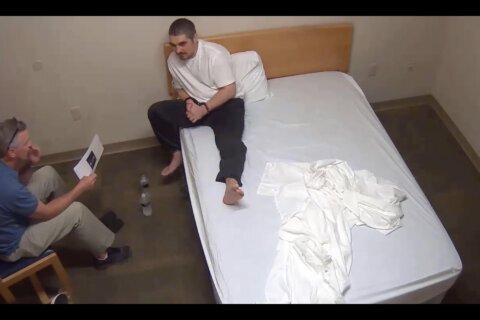 US man convicted of aiding Islamic State as sniper, trainer