A judge has sentenced former Theranos executive Ramesh “Sunny” Balwani to nearly 13 years in prison for his role in the company’s blood-testing hoax — a sentence slightly longer than that given to the CEO, who was his lover and accomplice in one of Silicon Valley’s biggest scandals.
Listen now to WTOP News WTOP.com | Alexa | Google Home | WTOP App | 103.5 FM

SAN JOSE, Calif. (AP) — Former Theranos executive Ramesh “Sunny” Balwani was sentenced Wednesday to nearly 13 years in prison for his role in the company’s blood-testing hoax — a punishment slightly longer than that given to the CEO, who was his lover and accomplice in one of Silicon Valley’s biggest scandals.

Balwani, 57, was convicted in July of fraud and conspiracy connected to the company’s bogus medical technology that duped investors and endangered patients. His sentencing came less than three weeks after Elizabeth Holmes, the company’s 38-year-old founder and CEO, received more than 11 years in prison for her part in the scheme, which has been dissected in a book, an HBO documentary and an award-winning TV series.

Balwani’s sentence was less than the 15 years sought by federal prosecutors, who depicted him as a ruthless, power-hungry figure. But it is substantially longer than the four to 10 months recommended by his lawyers.

The scandal revolved around the company’s false claims to have developed a device that could scan for hundreds of diseases and other potential problems with just a few drops of blood taken with a finger prick.

After years of promoting the technology, Holmes and Balwani were warned that the blood tests were inaccurate, but they continued to raise money from investors, including from billionaires such as software magnate Larry Ellison and media magnate Rupert Murdoch, and deployed the technology in some Walgreens stores.

All told, Theranos raised nearly $1 billion before its collapse in 2018, relying partly on financial statements that predicted revenue was about to soar.

U.S. District Judge Edward Davila said those numbers drawn up by Balwani “weren’t just projections, they were lies” and “a true flight from honest business practices.”

As he did before sentencing Holmes last month, Davila reflected upon Theranos’ “tragic” transformation from an ambitious startup aiming to transform health care into a sham.

“I think it is that enduring question: Why did such a promising company come to such an end?” Davila said.

It’s a question that Balwani never attempted to answer. Unlike Holmes, he chose not to testify in his own defense during his trial. He also declined Davila’s invitation to make a statement Wednesday, a contrast to the teary-eyed apology Holmes gave during her sentencing.

Instead, Balwani left all the speaking to his attorney, Jeffrey Coopersmith, who tried to convince the judge that Balwani never sought the fame and fortune that Holmes seemed to bask in while appearing on the cover of business magazines that compared her to Apple co-founder Steve Jobs.

“If you think Ms. Holmes is Icarus and flew too close to the sun, Mr. Balwani did not seek the sun,” Coopersmith said, referring to a story from Greek mythology about the dangers of hubris.

Federal prosecutor Jeffrey Schenk asserted that Balwani’s aversion to the limelight simply allowed him to commit his crimes in the shadows.

“That he did not seek fame or recognition is not something that Mr. Balwani should get credit for,” Schenk said.

After the sentencing, Coopersmith indicated that Balwani is likely to file an appeal. Holmes has already started that process in an effort to avoid going to prison April 27, shortly after the expected birth of her second child.

Balwani was ordered to report to prison March 15.

The Theranos case threw a bright light on Silicon Valley’s dark side, exposing how its culture of hype and boundless ambition could veer into lies.

Both Holmes and Balwani could have gotten up to 20 years in prison.

Former federal prosecutor Amanda Kramer said the harsher sentence for Balwani seemed appropriate, given that he was convicted on every count while jurors in Holmes’ separate case acquitted her on some charges and deadlocked on others.

“It’s not surprising that he got a more severe sentence because his misconduct was was more severe,” Kramer said.

Balwani spent six years as Theranos’ chief operating officer while remaining romantically involved with Holmes until a bitter split in 2016.

While on the witness stand in her trial, Holmes accused Balwani of manipulating her through years of emotional and sexual abuse. Balwani’s attorney has denied the allegations.

Federal prosecutors also want the judge to order Balwani to pay $804 million in restitution to defrauded investors — the same amount sought from Holmes.

Davila deferred a decision on restitution to a later hearing, just as he did during Holmes’ Nov. 18 sentencing, when she received 11 1/4 years in prison.

In court documents, Balwani’s lawyers painted him as a hardworking immigrant who moved from India to the U.S. during the 1980s to become the first member of his family to attend college. He graduated from the University of Texas in 1990 with a degree in information systems.

He later moved to Silicon Valley, where he first worked as a computer programmer for Microsoft before founding an online startup that he sold for millions of dollars during the dot-com boom of the 1990s.

Balwani and Holmes met around the same time she dropped out of Stanford University to start Theranos in 2003. He became enthralled with her and her quest to revolutionize health care.

Balwani’s lawyers said he eventually invested about $5 million in a stake in Theranos that eventually became worth about $500 million on paper — a fraction of Holmes’ one-time fortune of of $4.5 billion.

Balwani “is not Ms. Holmes. He did not pursue the same path she did,” Coopersmith said Wednesday.

Their wealth evaporated after Theranos began to unravel in 2015.

Echoing similar claims made by Holmes’s lawyers before her sentencing, Balwani’s attorneys also argued that he has been adequately punished by the intense media coverage of Theranos.

“When you look at the circumstances, there is no way that Mr. Balwani will have another crack at a company like Theranos,” Coopersmith said. 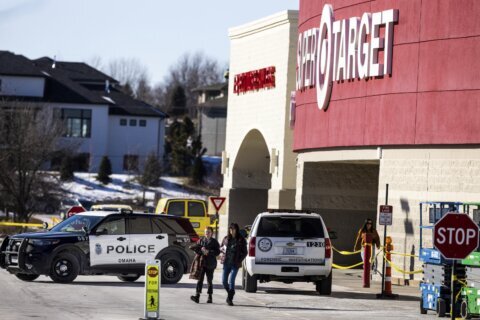