JACKSON, Miss. (AP) — Days of freezing temperatures in Deep South areas that usually freeze for only hours are threatening dozens of water systems as burst pipes leak millions of gallons of water.

The problems were happening Monday in large, troubled water systems like Jackson, Mississippi, where residents were required over Christmas to boil water months after most lost service because of a cascade of problems from years of poor maintenance.

They also are happening in Shreveport, Louisiana, where some residents had no water Monday. In Selma, Alabama, the mayor declared a state of emergency because they city worried it would run out of water. Workers at a food bank in Greenville, South Carolina, opened their doors to a rush of water and were trying to save $1 million in food. Police departments around Atlanta said their 911 systems were being overwhelmed by unnecessary emergency calls about broken pipes.

Dozens of water systems either had boil advisories in place because of low pressure or warned of bigger catastrophes if leaks from broken pipes weren’t found and water shut off.

The culprit was temperatures that dropped below freezing Thursday or early Friday and have spent only a few hours if any above 32 degrees (0 degrees Celsius) since then.

Water expands when it freezes, bursting pipes that aren’t protected. Then when the temperature rises, those broken pipes start leaking hundreds or thousands of gallons of water.

And over a holiday weekend, when many businesses are closed, those leaks can go undetected for days, Charleston, South Carolina, water system spokesman Mike Saia told WCSC-TV.

Charleston was on the verge of a boil water requirement for its hundreds of thousands of customers that could close restaurants and other businesses.

The system puts out about 50 million gallons of water during a typical winter day. Over the holiday weekend, its output was about 100 million gallons. More than 400 customers reported burst pipes, so between unreported leaks, closed businesses and empty vacation homes, the system figures thousands of leaky pipes are gushing water.

The situation in Jackson was not as dire as August, when many of the capital’s 150,000 people lost running water after flooding exacerbated longstanding problems in one of the capital city’s two water treatment plants. Residents had to wait in lines for water to drink, cook, bathe and flush toilets.

But there were people without water pressure and the city set up an emergency water distribution site on Christmas.

“We continue to struggle to return pressure to the water system. We are producing significant amounts of water and pushing that into the system but the pressure is not increasing — despite those efforts at the plants. The issue has to be significant leaks in the system that we have yet to identify,” Jackson officials said in a statement.

In Selma, Mayor James Perkins Jr. issued an emergency order Christmas Day asking owners to go to their businesses and check for leaks before the city ran out of water.

Crews in the city of 18,000 were able to find and fix enough leaks to equalize the amount of water coming into and out of the system, Perkins said Monday in a statement. But there was a major leak that hasn’t yet been found and two more nights that are forecast to be below freezing, the mayor said.

Broken pipes were also causing problems at individual buildings. A massive leak was reported at the Alabama Statehouse in Montgomery on Christmas Eve, according to WFSA-TV.

At the Harvest Hope Food Bank in Greenville, South Carolina, employees opened the building Monday morning and several inches of water rushed out. Broken pipes were spraying water and workers turned away dozens of needy people, the food bank said.

The water cut power to the food bank’s freezers and refrigerators, and workers faced the double challenge of getting power restored before the food spoiled and keeping water out of the area. Up to $1 million of food could be destroyed, the food bank said.

The forecast did provide good news. Monday’s highs across the Deep South were expected to be at least in the 40s and the freezing temperatures at night shouldn’t last as long until a much warmup arrives later this week. 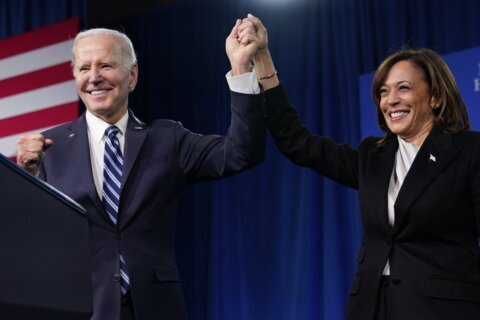 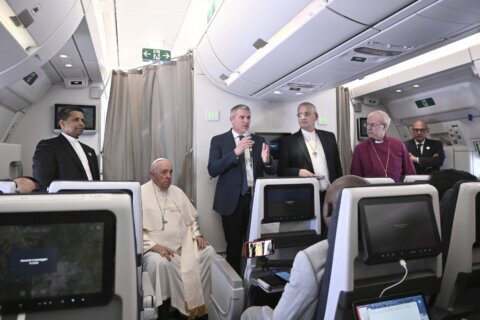