SPRINGFIELD, Ill. (AP) — Critics are worried that the elimination of cash bail in Illinois starting Sunday will create chaos after a judge ruled the ban on such unconstitutional but failed to block it from taking effect.

But the judge denied the injunction 64 state’s attorneys and sheriffs sought in filing the case, leaving House Minority Leader Jim Durkin to decry a tilted system that would result, with criminal defendants released without bail in one county and, just miles away at the next courthouse, suspects remaining in custody.

“We warned about the consequences of the legislation from the beginning,” said Durkin, a Republican from Western Springs. “Now the Democrats … are feeling the consequences. We have a strong rebuke from a circuit court … and we now will have, if nothing is done, between now and Jan. 1, there will be unequal application of this law throughout the state of Illinois. That is not right.”

Attorney General Kwame Raoul and other Democratic leaders named in the suit were far more sanguine about the outcome. Without an injunction in the suit naming Gov. J.B. Pritzker and legislative leaders as defendants, nothing stops the law from taking effect, Raoul said. And one circuit court’s ruling does not bind other jurisdictions.

“The right of individuals awaiting criminal trials to seek release from jail without having to pay cash bail will go into effect in a few short days, despite the court’s ruling against those provisions,” Raoul said in a statement. “Illinois residents in all counties should be aware that the circuit court’s decision has no effect on their ability to exercise their rights.”

Raoul said the matter would be settled by the Illinois Supreme Court, the direct appeal forum for constitutional questions. A spokesman expected an appeal to be filed Thursday.

The so-called SAFE-T Act, boiling up from the May 2020 police-involved murder of George Floyd in Minnesota, has raised hackles since inception. In addition to dropping bail, the plan outlines numerous plans for additional police training, use-of-force by law enforcement, the filing of anonymous complaints against officers, use of body cameras and more. Some police organizations have reported high numbers of retirements from their ranks and difficulty in recruiting newcomers who are afraid of becoming hamstrung on the job.

Pretrial release became a lightning rod. Republicans claim it will mean the release of violent criminal suspects with no assurances they’ll return for trial. But proponents say it’s unfair that a person with limited resources has to stay jailed before trial while a wealthy one can bail out.

Cunnington was swayed by the plaintiffs’ argument that the state constitution provides for bail in stating, “All persons shall be bailable by sufficient sureties,” while Raoul’s staff contended that the statement merely assures defendants that there’s a way out pending trial.

“This is unnecessary,” Durkin said. “We need to allow the courts to continue to make judgment calls … based on the facts, the implications to the victim, and also the consequences to the communities.”

or push for a speedy appeal schedule 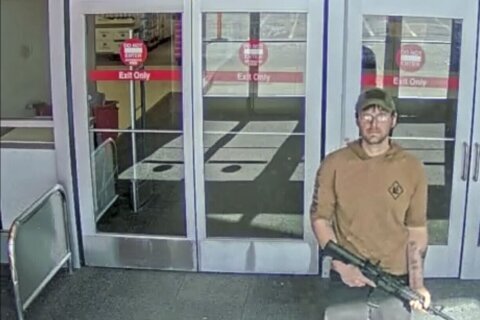