Tony Teixeira, 43, admitted that from 2014-2018 he worked with Sean Caddle — who made headlines this year when he admitted to engineering the murder of another political operative — to inflate invoices for political consulting work the pair did.

There’s no connection to the murder-for-hire plot, Teixeira’s attorney said after the proceedings, and that scheme did not come up in the courtroom at all.

“All I’m going to say is, Tony Teixeira made a mistake getting involved with Sean Caddle,” John Lynch said.

The scheme, according to prosecutors in court on Monday, resulted in Teixeira making some $107,800 and failing to pay more than $47,000 in federal taxes.

The wire fraud charge carries a maximum sentence of up to 20 years, while tax evasion could lead to up to five years in prison. He’s also facing a fine of up to $250,000, plus restitution

Teixeira was a long-time aide to Democratic Senate President Nicholas Scutari, who said last month that he had accepted Teixeira’s resignation pending the tax charges.

“(He) has served the public in many admirable capacities and is a friend, nonetheless he erred and I acknowledge that,” Scutari, said in an emailed statement.

Teixeira also served as the chair of the Democratic Party in Elizabeth. It’s unclear whether he remains in that post.

Exactly which campaigns Caddle and Teixeira worked on wasn’t specified during the hearing Monday.

Lynch said the case against Teixeira appeared to have been uncovered as part of prosecutors’ case against Caddle, who has not yet been sentenced after pleading guilty in January.

Caddle worked as a political consultant in northern New Jersey and had the son of a former state senator killed by two hired men, who fatally stabbed the victim in 2014 and set fire to his apartment, according to the U.S. attorney’s office. 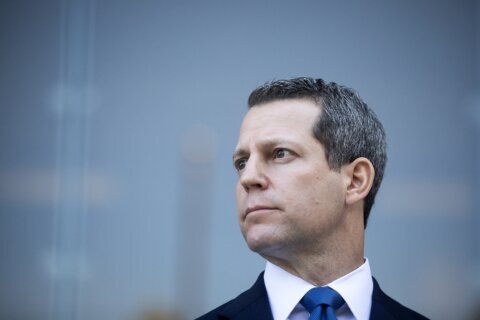 Trial over DeSantis removal of prosecutor on abortion ends