Late Pennsylvania rep was on ballot due to law, not fraud

CLAIM: Pennsylvania reelected state Rep. Tony DeLuca, who is dead, which is suggestive of shoddy elections or cheating.

AP’S ASSESSMENT: Missing context. DeLuca, 85, died a month before Tuesday’s midterm elections. State law stipulates that substitutes, in the case of the death of a candidate, cannot be submitted after ballots have started printing — late September, in this case. A special election will be held to fill his seat.

THE FACTS: As of Wednesday afternoon, DeLuca had received nearly 86% of the vote, according to state election results, beating Green Party candidate Queonia “Zarah” Livingston.

Some social media posts, however, are suggesting the election of a deceased candidate is indicative of shoddy elections or even fraud.

“You got dead people voting and dead people winning…” reads one tweet, which was then followed by a screenshot of a headline about DeLuca’s reelection. “You can’t make this up, America’s elections are a hot mess.”

Another user on Twitter responded to the news by stating: “Exactly what happens when massive amounts of fake ballots blindly checking democrats are received. No other explanation in Pennsylvania.”

DeLuca was an Allegheny County Democrat who represented the state’s 32nd Legislative District for 39 years. He died of cancer Oct. 9, with less than a month to go before the election.

If a candidate dies, Pennsylvania state law only allows replacement candidates to be submitted if ballots have not yet started printing.

In Allegheny County, officials sent data for the ballots to the printer on Sept. 28, county spokesperson Amie Downs told The Associated Press.

“The state has an election calendar that outlines dates for withdrawals, substitutions, etc. and all of those dates had passed when the Representative died,” Downs wrote in an email. “This is not the first time this has happened either.”

Trevor Southerland, executive director of the Pennsylvania House Democratic Campaign Committee, told the AP that “under Pennsylvania law, there was no way to remove Rep. DeLuca from the ballot.” He also said the deadline is when ballots begin printing.

Southerland confirmed that DeLuca’s win simply means that the seat will be vacant until a special election is held. The date of that election has yet to be determined.

“While we’re incredibly saddened by the loss of Representative Tony DeLuca, we are proud to see the voters to continue to show their confidence in him and his commitment to Democratic values by re-electing him posthumously,” the committee wrote in a tweet. “A special election will follow soon.” 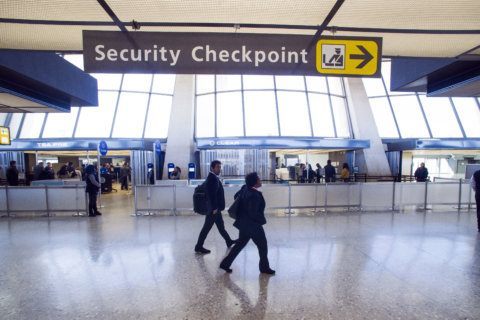 REAL ID deadline pushed back again — this time to 2025