BISMARCK, N.D. (AP) — A North Dakota prison guard was fired over the suicide of a man who was serving life sentences for killing four people.

Sgt. Deandre Adams violated corrections policy in failing to adequately check on Chad Isaak, according to a termination letter from the warden at North Dakota State Penitentiary. Adams was fired Thursday.

Warden James Sayler noted that Adams had received two previous written reprimands, for failing to report that he had left a missing inmate in a recreational area and for not intervening when two prisoners were potentially exchanging contraband, the Bismarck Tribune reported.

“Your credibility, professionalism, and the trust I had in you as a sergeant are irreparably damaged,” Sayler wrote. “This level of trust, which is expected of every team member, is something I no longer have in you, due to your misconduct.”

It also said Isaak had covered his cell with cardboard. Adams knew inmates were not allowed to cover their cell windows, but allowed it, as a “courtesy in case they were naked in their cells,” the report said. “He stated they could enforce it but that they would just get more window coverings.”

A jury last year convicted Isaak of four counts of murder and other charges in the April 1, 2019, deaths in Mandan of RJR Maintenance and Management co-owner Robert Fakler, 52; and employees Adam Fuehrer, 42; and married couple Bill Cobb, 50, and Lois Cobb, 45. No motive was ever established.

A judge in December sentenced Isaak to life in prison with no chance of parole. 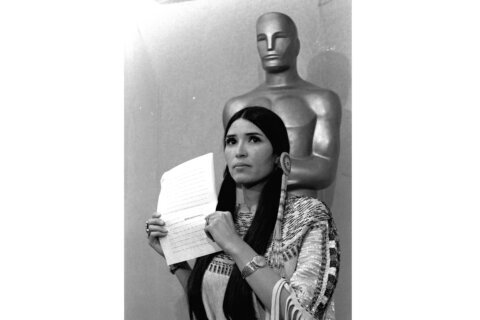