Minnesota man charged with making threats to kill US senator

MINNEAPOLIS (AP) — A federal grand jury has indicted a Minnesota man accused of threatening to kill a U.S. senator.

Brendon Daugherty is being held in the Sherburne County Jail, in Elk River, Minnesota, on charges of threatening to murder a U.S. official and interstate transmission of a threat. He is due in court Tuesday. It was not clear if he had retained an attorney to speak on his behalf.

Court records do not identify the senator other than to say they do not represent Minnesota.

FBI agents spoke with Daugherty at his Coon Rapids home Sept. 2. He told the agents he made the calls because the senator was “doing a bunch of stupid (expletive) with gun control,” and that he wants politicians to “feel a little bit pressured,” the Star Tribune reported.

According to court records, the 35-year-old Daugherty was convicted in October 2018 of two felony counts for threatening to burn down a Pearl Vision store in Maple Grove and harm the employees. Daugherty was angry that he owed $80 for replacement glasses, according to charges. 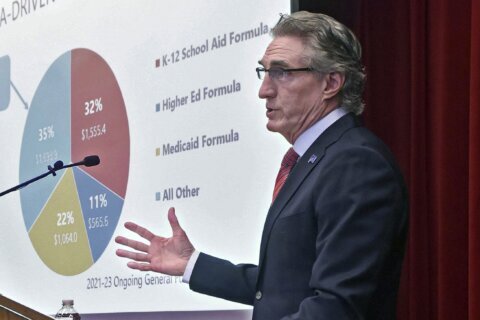