MINNEAPOLIS (AP) — Two Minneapolis police snipers fatally shot a man from the roof of an apartment building across the street from where he had been holed up in an overnight standoff, according to documents filed Friday.

But authorities have not yet said what prompted officers to shoot 20-year-old Andrew Tekle Sundberg early Thursday after around six hours of efforts to persuade him to surrender. The officers were identified as Aaron Pearson and Zachary Seraphin. A gun was recovered from Sundberg’s third-floor apartment, according to the state agency leading the investigation.

Officers activated their body cameras, according to a police report, but the video has not been released.

Investigators collected a .38-caliber handgun with an extended magazine from a bed, and live .45-caliber cartridges from a closet and a bowl in the living room, according to search warrant affidavits. At least seven spent bullets were recovered in the search of a separate unit on the same floor.

The affidavits also listed numerous “less lethal” rounds found inside and outside the building. They’re projectiles — often 40 mm foam rounds — meant to incapacitate a person without killing them. That indicates officers fired them at some point during the standoff, but court filings don’t say when they used them.

When the Minnesota Bureau of Criminal Apprehension collected the officers’ rifles, their magazines still held more rounds, the filings said.

Police have said officers first responded Wednesday night after a third-floor tenant called 911 to report that someone fired gunshots through the wall of her unit. Officers moved her, her two young children and others to safety. Police said Sundberg had isolated himself in a neighboring apartment. Police attempted to negotiate with him by phone and by loudspeaker. Sundberg was shot about 4:30 a.m. Thursday.

Sgt. Sherral Schmidt, president of the Minneapolis Police Officers Federation, said “many tactics” were used to try to persuade Sundberg to surrender.

“These efforts became futile when the suspect endangered the lives of others and to prevent death or great bodily harm to another, officers used deadly force,” Schmidt said in a statement late Friday.

The Sundberg family has retained civil rights attorney Ben Crump, who has also represented the families of George Floyd, Trayvon Martin, Michael Brown, Breonna Taylor and other Black people killed by police in recent years, often securing multimillion-dollar settlements. Crump also worked with his local partner Jeff Storms for the families of Amir Locke and Daunte Wright, who were both killed by Minneapolis-area police officers.

Investigators have not released information about Sundberg’s race, but an online fundraising campaign from 2015, after the then-13-year-old was injured in an ATV crash, said he was born in Ethiopia and adopted into a Minnesota family.

A GoFundMe organized for his funeral expenses describes him as “a brother, friend, uncle, son … talented artist, hilarious and energetic. His life was taken too soon by the Minneapolis Police Department. … He leaves behind many loving family members and friends.”

Sundberg’s death was the second involving Minneapolis police this year. Locke was shot at a downtown apartment on Feb. 2 while officers executed an early morning no-knock search warrant. Both officers who fired at Sundberg were also part of the SWAT team at the scene when Locke, 22, was shot.

Pearson used a key to enter the apartment where Locke stirred beneath a blanket on the couch and reached for a handgun. Officer Mark Hanneman fatally shot Locke within 10 seconds — an encounter recorded on Pearson’s body camera. Seraphine, a SWAT team medic, provided medical care to Locke on the scene, according to the BCA.

No officers were charged in Locke’s death.

The Minneapolis department has long been under scrutiny over allegations of brutality and racial injustice. Floyd’s killing in 2020 led to a state investigation that found the department has engaged in a pattern of race discrimination for at least the past decade. 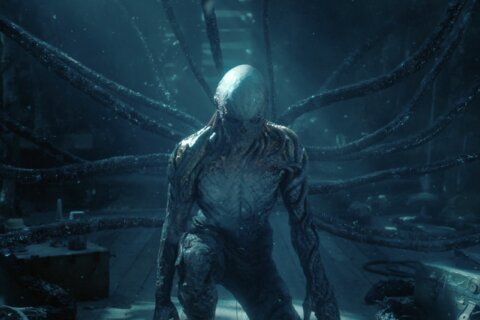