DETROIT (AP) — The Michigan Supreme Court outlawed automatic life sentences Thursday for people who were 18 when they participated in first-degree murder, opening a door to shorter prison terms and opportunities for parole.

In a 4-3 opinion, the court said mandatory no-parole sentences at that age violate the Michigan Constitution’s ban on “cruel or unusual” punishment.

The “sentence lacks proportionality because it fails to take into account the mitigating characteristics of youth, specifically late-adolescent brain development,” Justice Elizabeth Welch wrote for the majority.

Prosecutors still can pursue life sentences for 18-year-olds. But a judge first must hold a hearing where defense lawyers can present mitigating evidence, such as education, family life, decision-making skills and other factors.

It would be similar to the hearings now held for people who were 17 or younger when they participated in first-degree murder.

The decision leaves 17 states with a mandatory life sentence for 18-year-olds convicted of murder.

Michigan’s highest court ruled in the case of Kemo Parks, who was 18 in 2016 when he assisted his cousin in a murder outside a Flint market. His conviction meant an automatic no-parole sentence.

In dissent, Justice Elizabeth Clement said the court was intruding on the Legislature’s job to set criminal justice policy.

“I would not be surprised if the court extends its current line in the near future. … Young adults are, after all, not the only ones subject to factors that cloud their reasoning — indeed, we are all subject to cognitive biases to different extents,” said Clement, who was joined by justices Brian Zahra and David Viviano.

The court did not indicate whether its opinion would be applied to other Michigan prisoners who have exhausted appeals of their sentence. But the court sent a similar case back to the Court for Appeals for more work, citing the Parks result.

“I believe it will be retroactive, but that needs to be litigated further,” said Jessica Zimbelman of the State Appellate Defender Office, known as SADO.

Another SADO attorney, Angeles Meneses, said the office represents many people in the same situation as Parks. 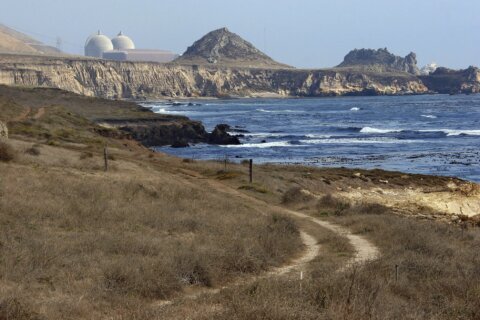