Official: Grass fire torches as many as 20 Dallas-area homes

A grass fire apparently sparked by a mower swept about 300 yards across a tinder-dry open field to a suburban Dallas subdivision Monday, burning through wooden fences and torching as many as 20 homes, officials said.
Listen now to WTOP News WTOP.com | Alexa | Google Home | WTOP App | 103.5 FM
(1/12) 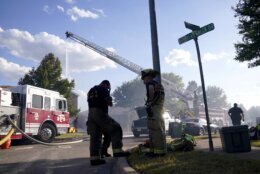 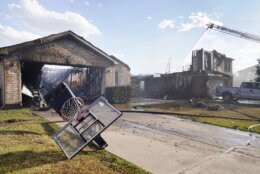 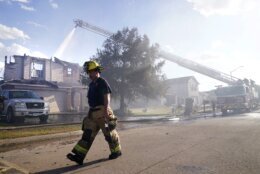 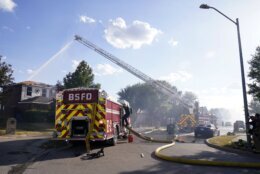 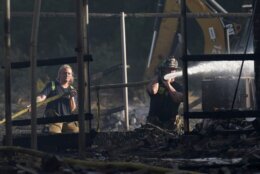 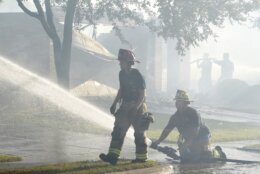 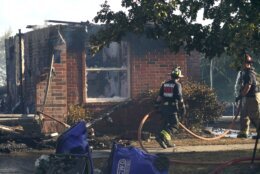 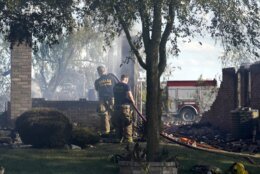 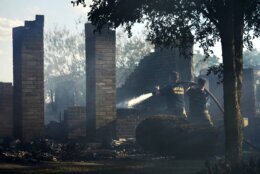 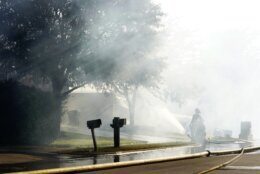 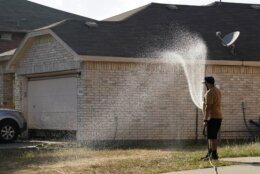 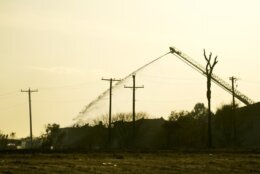 DALLAS (AP) — A grass fire apparently sparked by a mower swept about 300 yards across a tinder-dry open field to a suburban Dallas subdivision Monday, burning through wooden fences and torching as many as 20 homes, officials said.

The blaze in Balch Springs was the latest in drought-stricken North Texas, which has been vulnerable to explosive wildfires for at least two weeks.

The mower was being used in the open field to trim the brush when its blade struck some debris and generated a spark that ignited the blaze, said Balch Springs Fire Marshal Sean Davis. The fire spread quickly north from the shoulder of Interstate 20 to the subdivision about 4 p.m. Monday, causing varying degrees of damage to 14 to 20 homes before the flames were contained, Davis said.

There were no immediate reports of injuries, he said.

Aerial video showed the fire spread up and down the street as firefighters and homeowners working in 103-degree heat tried to prevent the fire from spreading to more of the bricked frame homes. One end of the fire spread to a home where a panicked dog ran back and forth before running through a pet door at a neighboring home. The fate of pets was not immediately known, Davis said.

Fire crews from Dallas and other nearby suburbs have gone to the scene to assist Balch Springs crews.

Firefighting teams have thrown dozens of extra crew members into the fight over the weekend against a North Texas wildfire that has destroyed 16 homes and damaged five others, officials said Monday.

The crews have held the Chalk Mountain Fire effects in check at 10 1/2 square miles (27 1/4 square kilometers) since last week, according to the Southern Area Blue, Type-I Incident Management Team.

Team leaders say they have added 126 firefighters and extra fire engines and bulldozers to the 190 already clearing fire lines over the weekend 50 miles (80 kilometers) southwest of Fort Worth, expanding the containment from 10% to 20%.

This year has been plagued by wildfires fostered by severe to extreme drought throughout the West.

In California, a huge wildfire spread to a forest near Yosemite National Park, forcing thousands of residents to evacuate mountain communities. The fire is the second to strike the area. Another fire that broke out in the area earlier this month burned to the edge of a grove of giant sequoias.

In New Mexico, a prescribed burn in early April got out of control and grew to the biggest wildfire in the state’s history, blackening more than 500 square miles (1295.00 square kilometers) in the north of the state.