SACRAMENTO, Calif. (AP) — A proposal aimed at removing the last remnant of slavery from California law failed to pass the state Senate on Thursday after Gov. Gavin Newsom’s administration warned it could cost taxpayers billions of dollars by forcing the state to pay prisoners a $15-per-hour minimum wage.

The U.S. Constitution bans slavery but says it’s OK for the government to force people to work — known as “involuntary servitude” — as punishment for a crime. Many state constitutions say the same thing, including California’s.

Some state lawmakers wanted to change California’s Constitution to ban all forms of involuntary servitude. They wrote an amendment and planned to put it on the ballot this fall for voters to approve. But Thursday, the California Senate rejected the amendment over concerns of how it would impact the state prison system, which requires inmates to work and often pays them less than $1 per hour.

Lawmakers could try again next week. But if the amendment doesn’t pass by June 30, it won’t be on the ballot this year.

“The CA State Senate just reaffirmed its commitment to keeping slavery and involuntary servitude in the state’s constitution. Way to go, Confederates,” tweeted Democratic state Sen. Sydney Kamlager, who supported the amendment and said she will bring it up for another vote next week.

The Newsom administration has warned that the amendment could require the state to pay inmates a minimum wage, which in California is $15 per hour. That would cost taxpayers about $1.5 billion per year, according to Aaron Edwards, an analyst with the California Department of Finance.

In 2018, Colorado was the first state to ban involuntary servitude as punishment for a crime. Since then, inmates have filed lawsuits seeking to be paid a minimum wage and alleging they were pressured into working despite health concerns. It’s unclear if those lawsuit have been resolved.

An American Civil Liberties Union report this month called for “far-reaching reforms to ensure prison labor is truly voluntary and that incarcerated workers are paid fairly, properly trained, and able to gain transferable skills.” Two-thirds of state and federal prisoners nationwide are required to work, the report said, most without adequate protections against labor exploitation.

Local governments could also be impacted. If the courts interpret the constitutional change to bar community service in lieu of incarceration, those individuals might go to jail instead, at a much higher cost, Edwards said.

Democratic state Sen. Steve Glazer said slavery “was an evil that will forever be a stain on the history of our great nation.” But he said the proposed amendment was not about slavery, but whether California “should require felons in state prison to work.”

“Banning the work requirement in our prisons would undermine our rehabilitation programs,” Glazer said. “Inmates will sue claiming their wages are too low, their hours are too high or that it is unconstitutional to link goodtime credit and early release to their willingness to work.”

Glazer said the state should change the amendment to make it clear that involuntary servitude does not include any rehabilitative activity required of people in prison. But it appeared Kamlager would not support that.

“I don’t want to negotiate what involuntary servitude means,” she said, adding: “I believe even if we are incarcerated, we still should have dignity.”

For decades, California used that involuntary servitude exception to make money from its prison population by leasing inmates — mostly Black men — to private companies for work.

That “convict lease” system doesn’t exist anymore. But California prison inmates are required to either work or participate in education or rehabilitative programs. Inmate jobs — which include things like clerks, painters and carpenters — pay salaries as low of 8 cents per hour.

Samual Brown spent 24 years in prison on an attempted murder conviction. He was released in December. While in prison, he said he worked a number of jobs, including porter, dishwasher and hospital janitor — the latter of which paid 75 cents per hour.

He said 55% of his salary went to pay for administrative costs, restitution and court fees. When he was released from prison, despite working for decades, he said he barely made a dent in his court-ordered restitution.

“This is really nothing more than slavery just reconditioned and remixed,” he said. “They had an opportunity to stand on the right side of history … and they took the coward’s way out.” 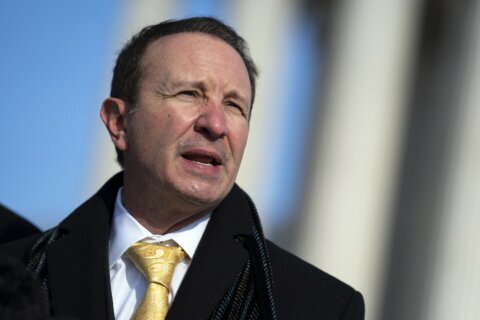