ATLANTA (AP) — Georgia Republican candidate David Perdue on Monday accused Stacey Abrams of “demeaning her own race” in Abrams’ recent criticism of Georgia’s quality of life for its residents.

Abrams is bidding to be the first Black woman to be a governor of an American state. She’s without opposition in her own primary Tuesday, while Perdue is trying to knock off incumbent Gov. Brian Kemp in the Republican primary.

Republicans have been roasting Abrams after she told a Democratic dinner in suburban Atlanta on Saturday that “I am tired of hearing about being the the best state in the country to do business when we are the worst state in the country to live.” Abrams acknowledged the remark would draw fire, saying “let me contextualize” and saying that when Georgia has dismal rankings for mental health access and maternal mortality, “then you’re not the No. 1 place to live.”

But Perdue, in an interview with conservative radio host John Fredericks and former Trump adviser Peter Navarro on Monday, recast those and earlier Abrams remarks from a racist perspective.

He likened what Abrams said to her remarks in the 2018 campaign when she said that “I want to create a lot of different jobs, because people shouldn’t have to go into agriculture or hospitality to make a living in Georgia.”

Republicans trumpeted that as an attack on farmers, a mostly Republican constituency. On Monday, Perdue made the remarks about African Americans.

“When she told Black farmers, you don’t need to be on the farm, and when she told Black workers in hospitality and all this … she is demeaning her own race when it comes to that,” Perdue said. “I am over this. She should never be considered material for a governor.”

When asked about the comment on MSNBC, Abrams said that “I can apologize all day for my phrasing, but I will never apologize for my meaning, and that is that we mean to serve the people of Georgia and we mean to make Georgia better for everyone, and I want to lift everyone up.”

Actor James Caan, whose roles included ‘The Godfather,’ ‘Brian’s Song’ and ‘Misery,’ has died at age 82 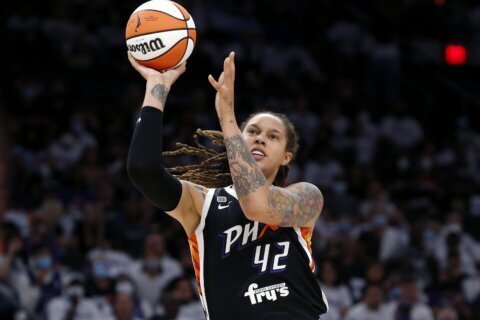