LOS ANGELES (AP) — Dozens of environmental and anti-nuclear organizations expressed opposition Tuesday to any attempt to extend the life of California’s last operating nuclear power plant, challenging suggestions that its electricity is needed to meet potential future shortages in the nation’s most populous state.

Last month, Democratic Gov. Gavin Newsom raised the possibility that the Diablo Canyon Nuclear Power Plant — which sits on a coastal bluff halfway between San Francisco and Los Angeles — could keep running beyond a scheduled closing by 2025. His office said the governor is in favor of “keeping all options on the table to ensure we have a reliable (electricity) grid.”

In a letter to Newsom, groups that included San Luis Obispo Mothers for Peace, the Oregon Conservancy Foundation, the Snake River Alliance and the Ohio Nuclear Free Network said the plant is old, unsafe and too close to earthquake faults that pose a threat to the twin reactors.

“Your suggestion to extend the operational life of the Diablo Canyon nuclear facility is an outrage,” they wrote. “Diablo Canyon is dangerous, dirty and expensive. It must retire as planned.”

The Democratic governor has no direct authority over the operating license for the plant. He floated the idea that owner Pacific Gas & Electric could seek a share of $6 billion in federal funding the Biden administration established to rescue nuclear plants at risk of closing.

PG&E, which in 2016 decided to shutter the plant by 2025, did not directly address Newsom’s suggestion at the time or say whether the company would consider seeking federal dollars to remain open beyond the scheduled closing.

PG&E announced the closing plan in 2016 as part of a deal with environmentalists and union workers, citing a “recognition that California’s new energy policies will significantly reduce the need for Diablo Canyon’s electricity output.” But Newsom’s suggestion highlights that the thinking has shifted, as the state looks for reliable power sources amid a changing global climate as California gradually shifts to solar, wind and other renewables.

The environmental groups argued that continuing to operate the plant beyond its scheduled closing would generate hundreds of tons of highly radioactive waste, with no permanent storage site for it. And they said state, by its own account, is lining up enough wind, solar and other renewables to replace Diablo’s electricity.

They also questioned whether any federal funds would be enough to unravel the complex deal to close Diablo Canyon, which is regulated by state and federal agencies.

Issues in play at Diablo Canyon range from a long-running debate over the ability of structures to withstand earthquakes — one fault runs 650 yards (594 meters) from the reactors — to the possibility PG&E might be ordered by state regulators to spend potentially billions of dollars to modify or replace the plant’s cooling system, which sucks up ocean water and has been blamed for killing fish and other marine life.

Newsom continues to support closure of the plant “in the long term” as the state moves to renewable energy.

There are 55 commercial nuclear power plants with 93 nuclear reactors in 28 U.S. states. Nuclear power provides about 20% of electricity in the U.S., or about half the nation’s carbon-free energy. 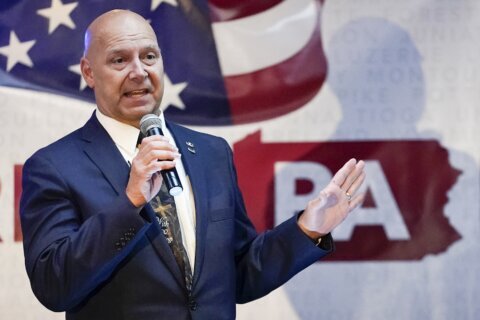