ATLANTA (AP) — Police video released Friday shows officers bumping a car on a Georgia interstate to get it to stop and then almost immediately firing on the Black driver, who climbed out a window and ran across the highway and down an embankment.

The dashcam and body-worn camera video was released by lawyers for Devin Nolley, who say their client was paralyzed from the neck down after officers shot him in the legs and back in December 2018. A Fulton County grand jury last week indicted two of the East Point Police officers involved, who are no longer employed by the department. Nolley filed a lawsuit in 2019 seeking damages.

When the shooting happened, East Point police told the Georgia Bureau of Investigation that an officer in an unmarked vehicle identified a stolen black Nissan sedan about 11 a.m. on Dec. 28, 2018. Officers in the unmarked car and two marked police patrol cars followed the sedan to a grocery store parking lot and uniformed officers got out and approached the car.

That’s consistent with the videos released by Nolley’s lawyers. A dashcam video shows an officer holding his gun as he gets out of a marked car with its lights on that’s stopped in a shopping center parking lot facing the front of a black sedan. As the officer approaches, the sedan reverses and then moves forward. The officer fires at the car as it drives off and a second officer runs into the video frame with a gun drawn. Then the first officer gets back in the car and pursues the sedan.

Other dashcam video shows the sedan traveling in the left lane of the interstate when a police car bumps it, causing it to spin around. Even before the car stops moving completely, a man is seen climbing out of the driver’s side window and running away. Within seconds, officers can be seen firing at him as he runs.

At least four officers can be seen pursuing the man down an embankment into a wooded area, where he is seen lying facedown. As the officers approach with their guns drawn, they shout at the man not to move. Officers cuff the man’s hands behind his back and roll him over.

The indictment filed on April 4 charges former East Point officers Rodney Etienne and Shiron Nicole Varner each with two counts of violating their oaths and one count each of reckless conduct, aggravated battery and aggravated assault. The races of the officers could not be determined immediately. No one responded to a phone message left at the East Point Police Department.

Phone numbers for Etienne and Varner could not immediately be found Friday, and neither had a lawyer who could comment on the charges listed in the criminal case file online.

The GBI said at the time of the shooting that one of the rounds fired at the shopping center hit a drug store in a separate lot and a woman was cut by falling glass.

The lawsuit says Nolley was unarmed when he exited the vehicle and ran away and “posed no danger” to the officers, “who had no reason to believe Mr. Nolley posed a safety threat to anyone as he fled on foot.” When the officers fired at him, he was hit twice in the legs and twice in the back, leaving him paralyzed from the waist down, the lawsuit says. There was no legal justification for the use of force, according to the lawsuit, which called the shooting “unreasonable and excessive.”

The lawsuit seeks a jury trial and asks for $30 million in damages, as well as legal costs and fees.

After being told at a hearing that the Fulton County district attorney’s office planned to bring charges against two of the officers in the case this month, U.S. District Judge Charles Panell last month stayed the civil case until mid-May. 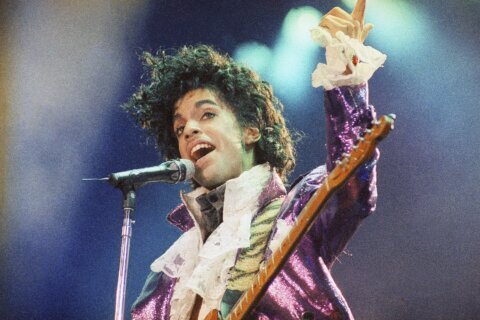 When purple reigned: A 1985 Prince concert finds a new life