The brief ruling granted summary judgment to Judicial Watch, a conservative legal group that sought a permanent injunction against the measure that was signed into law last year.

The measure requires corporate boards of publicly traded companies with a main executive office in California to have a member from an “underrepresented community,” including LGBT, Black, Latino, Asian, Native American or Pacific Islander.

Judge Terry Green wrote in his decision that the state Legislature should have considered other options for achieving greater diversity on boards before mandating it.

The decision “declared unconstitutional one of the most blatant and significant attacks in the modern era on constitutional prohibitions against discrimination,” Judicial Watch President Tom Fitton said in a statement.

However, in its court filings, the state argued that the measure didn’t “discriminate against, or grant preferential treatment to, any individual or group on the basis of race, sex, color, ethnicity, or national origin in the operation of public employment, public education, or public contracting.”

No companies have been fined, however, and the state argued that no tax dollars actually had been used to enforce the measure.

The 2020 law required corporations to include at least one member of an underrepresented community on their boards of directors by the end of last year, either by adding a seat or filling a vacant one.

The measure requires at least two such directors by the end of 2022 on boards with four to nine directors. Three directors are required for boards with nine or more directors. Firms that don’t comply could face fines of $100,00 for first violations and $300,000 for repeated violations.

A “Diversity on Boards” report issued in March by the secretary of state found that about 300 out of some 700 corporations had complied. However, half of the corporations didn’t file the required disclosure statement.

When working to pass the law, supporters evoked both the coronavirus pandemic and its disproportionate impact on minorities and weeks of unrest and calls for inclusion that followed the May 2020 murder of George Floyd in the custody of Minneapolis police.

After Floyd’s death, many corporations issued statements of support for diversity, but many haven’t followed through, Democratic Assemblyman Chris Holden of Pasadena, who co-authored the bill, said at the time.

In signing the bill, Gov. Gavin Newsom said it was important for minorities to have a voice on the boards of powerful corporations.

The measure had been expected to face court challenges from conservatives who viewed it as a discriminatory quota, just as they did a 2018 law requiring a woman director on corporate boards.

A related Judicial Watch lawsuit in Los Angeles is challenging that law.

That law was on shaky ground from the get-go with a legislative analysis saying it could be difficult to defend and then-Gov. Jerry Brown saying he was signing it despite the potential for it to be overturned by a court.

The state defended the law as constitutional, saying it was necessary to reverse a culture of discrimination that favored men and was only put in place after other measures failed.

This story was first published on April 1, 2022. It was updated on April 4, 2022, to include the judge’s reasoning for his decision. 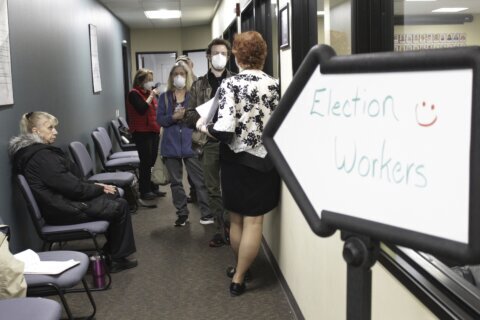 Rick Bowness will not return as Dallas Stars coach next season