HOUSTON (AP) — With Melissa Lucio’s execution put on indefinite hold by a Texas appeals court, her attorneys will now be focused on trying to convince a judge to recommend she get a new trial.

But that’s expected to be a tough courtroom battle and even if they manage to get the trial judge on their side, the state’s top criminal court — which has the final say — might disagree and keep her conviction in place, legal experts said Tuesday.

“Winning a favorable recommendation is not a done deal. …There is still a long way to go before this case is resolved,” said Robert Dunham, executive director of the Death Penalty Information Center.

Lucio had been set for lethal injection on Wednesday for the 2007 death of her daughter Mariah in the South Texas city of Harlingen. But the Texas Court of Criminal Appeals delayed her execution on Monday. If ultimately put to death, Lucio would be the first Latina executed by Texas since 1863, and the first woman the state has put to death since 2014.

Prosecutors have maintained that the girl was the victim of abuse and noted that her body was covered in bruises when she died.

Lucio’s attorneys say her capital murder conviction was based on an unreliable and coerced confession and she wasn’t allowed to present evidence questioning the validity of her confession.

Her lawyers also contend unscientific and false evidence misled jurors into believing Mariah’s injuries could have been caused only by abuse and not by medical complications from a severe fall down a steep staircase.

In granting the execution stay, the Texas Court of Criminal Appeals asked that the Brownsville trial judge in charge of Lucio’s case — Gabriela Garcia — review four claims her lawyers have made: whether prosecutors used false evidence to convict her; whether previously unavailable scientific evidence would have prevented her conviction; whether she is actually innocent; and whether prosecutors suppressed evidence that would have been favorable to her defense.

Tivon Schardl, one of Lucio’s attorneys, said that before there’s a hearing to consider new evidence in the case, rulings will have to be made on two defense motions to recuse Garcia and Cameron County District Attorney Luis Saenz over allegations of conflict of interest and due process violations. Lucio’s attorney at her 2008 trial is now a prosecutor in Saenz’s office. Garcia’s court administrator is the wife of Lucio’s trial attorney, and also served as his paralegal.

“We hope that going forward reason and science will carry the day and Melissa will get a recommendation from the trial court joined by the state of Texas to get a new trial,” Schardl said.

No timetable has been set for when Garcia will begin reviewing Lucio’s case. But a final decision on whether she gets a new trial could be years away.

Saenz said Monday he welcomed the opportunity to have a courtroom review of the case. He has previously expressed doubts about claims by Lucio’s defense attorneys that new evidence will exonerate her.

On Wednesday, a rally was planned outside the courthouse in Brownsville to ask that Saenz drop the case against Lucio.

Stanley Schneider, a Houston defense attorney not connected to the case and who has defended death row inmates, said the appeals court ordered review shows that “there are real questions that challenge the validity of the conviction.”

Letitia Quinones, a Houston defense attorney also not connected to the case, said Lucio’s lawyers still have a “very difficult task” ahead of them as it’s rare to overturn a conviction in Texas.

“If (the evidence) exists in the fashion that her defense attorneys have spelled out … she has a really good chance,” Quinones said.

But Dunham said the case of Texas death row inmate Rodney Reed is a good example of the difficulties that might be ahead for Lucio.

Reed got an execution stay and an appeals court ordered review of his case in November 2019 days before he was to be executed for the 1996 killing of 19-year-old Stacey Stites. Like in Lucio’s case Reed’s supporters say new evidence has raised serious doubt about his guilt and he garnered support from celebrities and lawmakers.

But last year, a judge declined to recommend a new trial for Reed. On Monday, the U.S. Supreme Court agreed to hear an appeal by Reed over his efforts to test evidence in his case.

“Like Lucio, Reed has extraordinarily strong evidence of innocence and yet the Bastrop County judge ignored it,” said Dunham, whose group takes no position on capital punishment but has criticized the way states carry out executions.

In the case of Texas death row inmate Rigoberto Avila Jr., who alleged his conviction was based on false and outdated scientific evidence, a judge recommended a new trial, but the appeals court in March 2020 rejected the recommendation, Dunham said. 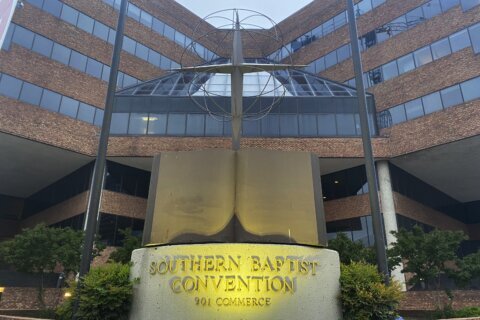 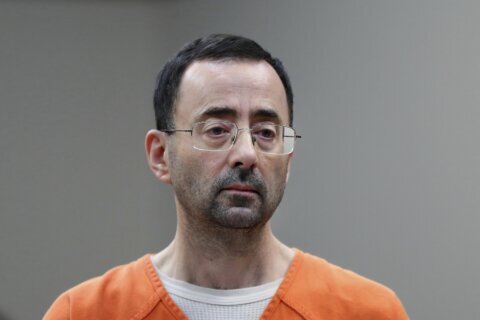