GRAND RAPIDS, Mich. (AP) — The trial of four men charged with planning to kidnap Michigan Gov. Gretchen Whitmer will resume this week after a three-day break because of a COVID-19 case, a judge said Wednesday.

The trial was suspended because the virus had struck a key participant in the case. U.S. District Judge Robert Jonker said testimony will pick up again Thursday as anticipated.

There have been “no further complications,” the judge said.

Jonker didn’t disclose the name of the person who tested positive for COVID-19 or their role. Masks are optional for everyone in court. Only one prosecutor and one juror wore a mask last week.

Adam Fox, Barry Croft Jr., Daniel Harris and Brandon Caserta are charged with conspiracy. Prosecutors say they turned their anger toward government in 2020 into a plot to kidnap Whitmer because of the restrictions she imposed during the early months of the pandemic.

Testimony in federal court in Grand Rapids began on March 9. The trial could last weeks.

Whitmer, a Democrat who is seeking reelection, rarely talks publicly about the case. She has blamed former President Donald Trump for fomenting anger over coronavirus restrictions and refusing to condemn right-wing extremists like those charged in the case. She has said Trump was complicit in the Jan. 6 Capitol riot. 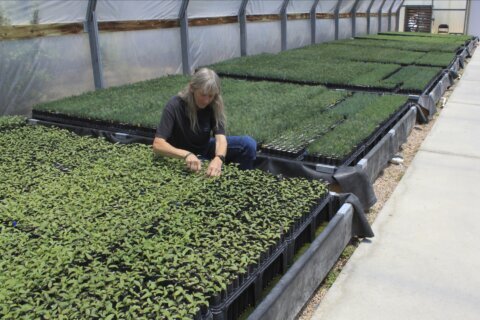