BLUFFTON, Ohio (AP) — A police officer in Ohio was struck and killed by a fleeing car on Interstate 75 during a high-speed chase through multiple counties Thursday, authorities said.

The officer, Dominic Francis of the Bluffton police department, was struck around 2:30 a.m. while he was setting up stop sticks, which flatten tires, said Sgt. Brice Nihiser of the Ohio State Highway Patrol. The chase had reached speeds up to 120 mph (193 kph).

Three suspects inside the car drove away for a short distance before they jumped out and ran. One was found nearby while a second one was arrested in a stolen car in Elyria, about 100 miles (161 kilometers) northeast of Bluffton, Nihiser said.

A third suspect had been on the run for hours but was taken into custody Thursday afternoon, the patrol said.

The search caused schools in the nearby village of Bluffton to cancel classes, and Bluffton University told students to stay in their rooms and advised employees to stay home. I-75 also was shut down while authorities looked through barns, farm fields and around houses.

The chase first began near Marion when authorities saw the car going more than 100 mph, Nihiser said. Troopers were unable to make contact with the car, but another trooper spotted it 20 minutes later in Hancock County, he said.

Francis, 42, had been an officer in Bluffton the past nine years, said Police Chief Ryan Burkholder. He also worked as a school teacher, bus driver and as a football and softball coach with Cory-Rawson schools.

“He had a heart of gold,” Burkholder said.

This story has been corrected to show that the chase happened Thursday, not Wednesday, and that Francis was 42, not 41. 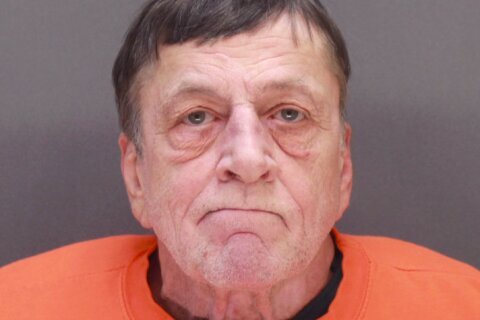 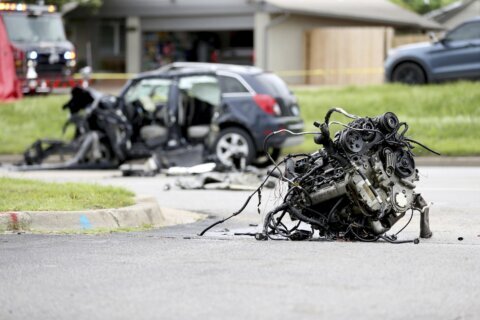