BISMARCK, N.D. (AP) — A state judge has ruled that thousands of documents related to security during the construction in North Dakota of the heavily protested Dakota Access Pipeline are public and subject to the state’s open records law.

The Bismarck Tribune reports the Friday ruling by South Central District Judge Cynthia Feland is a victory for The Intercept news organization, which sued in 2020 to get access to the documents for investigative journalism.

TigerSwan gave about 16,000 documents to the board during a two-year battle over whether the company operated illegally in the state in 2016 and 2017, when thousands of pipeline protesters gathered in southern North Dakota and law enforcement made hundreds of arrests.

The records became entangled in three lawsuits. Energy Transfer and subsidiary Dakota Access LLC sued the board in 2020, seeking the return of what they consider to be “confidential, proprietary, and privileged documents.”

Feland ruled that Energy Transfer is not being deprived of its property because it has copies of the disputed records. She also said the company has not identified any specific provisions under state law exempting the documents from public disclosure.

Energy Transfer attorney Jennifer Recine deferred a request for comment to the company, which did not immediately respond. Company attorneys late Monday asked Feland to put on hold the part of her ruling permitting public disclosure of the records while it appeals to the state Supreme Court.

Judge to hear Rittenhouse request for gun used in shootings 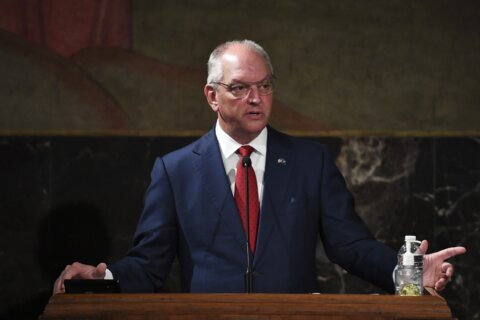