A Palm Beach County jury found Corey Johnson, 21, guilty of first-degree murder, along with two counts of attempted murder, the Palm Beach Post reported. Johnson was 17 at the time of the slaying but later was indicted on adult charges. He faces a possible life sentence at a hearing scheduled for Jan. 4.

Johnson killed Jovanni Sierra during the March 2018 sleepover after the younger boy made a remark Johnson considered offensive to his Muslim faith, prosecutors said. Johnson also attacked 13-year-old Dane Bancroft and his mother, Elaine Simon, during the sleepover at their Palm Beach Gardens home, they said.

Defense attorneys didn’t deny that Johnson carried out the attacks but argued that he was insane at the time. The attorneys said during the trial that Johnson suffered from severe depression and became psychotic and delusional. They said he was manipulated by extremist content, including violent propaganda videos from the Islamic State terrorist group.

A psychologist who testified for the state said Johnson knew right from wrong when the attacks occurred. 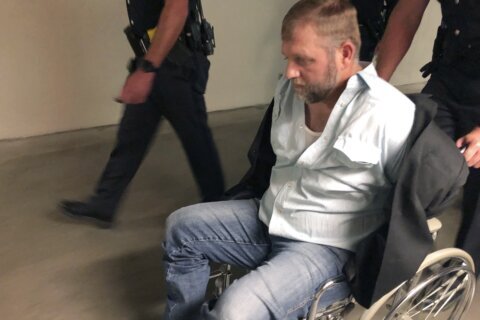