HOUSTON (AP) — Executions in the nation’s busiest capital punishment state face delays amid legal questions over Texas’ refusal to allow spiritual advisers to touch inmates and pray aloud as condemned individuals are being put to death.

It’s unclear when Texas may carry out another execution after the U.S. Supreme Court’s decision to hear religious freedom claims from death row inmate John Henry Ramirez. The court blocked his execution last month, about three hours after it could have been carried out. Several other inmates have since made similar claims, and courts have put some of their executions on hold.

“It would be unusual for somebody who has the same issue to not get a stay while the Supreme Court is deciding that issue. It would be very unusual,” said Michael Benza, a law professor at Case Western Reserve University in Cleveland.

A ruling from the Supreme Court could be months away. It’s set to hear oral arguments on Nov. 1.

Ramirez says the state is violating his religious freedom by not letting his spiritual adviser lay hands on him and pray out loud as he is executed. Texas prison officials say that direct contact poses a security risk and that prayers said aloud could be disruptive.

The most recent delay was for Stephen Barbee. He was set to be executed Tuesday, but U.S. District Judge Kenneth Hoyt in Houston ruled Thursday that Barbee has initially shown Texas’ “limitations in the execution chamber substantially burden the exercise of his religion.”

“I am very grateful for the stay of execution in Mr. Barbee’s case as it will allow the court time to evaluate these important religious rights issues,” Richard Ellis, Barbee’s attorney, said in an email Friday.

Courts already had granted delays for two other inmates — Ruben Gutierrez, scheduled for Oct. 27, and Fabian Hernandez, set for Nov. 3 — at the request of prosecutors. Kosoul Chanthakoummane, set to die Nov. 10, and Ramiro Gonzales, scheduled for execution on Nov. 17, also are raising similar religious freedom claims, which could delay their lethal injections.

Executions in Texas have been sporadic in the last two years, largely due to the COVID-19 pandemic, with just three lethal injections carried out last year and three so far this year. In comparison, Texas carried out 13 executions in 2018 and nine in 2019.

Texas and Missouri have been the only states to execute inmates during the pandemic, with two in Missouri. The federal government under the Trump administration did execute 13 inmates in this same period. Oklahoma and Alabama both have executions set for later this year.

The Supreme Court has dealt with the presence of spiritual advisers in the death chamber in recent years but has not made a definitive ruling. The inmates are citing the Constitution’s First Amendment as well as a 2000 federal law that protects a prisoner’s religious rights.

The high court’s review comes after the Texas prison system in April reversed a two-year ban on spiritual advisers in the death chamber but limited what they can do. Texas instituted the ban after the Supreme Court in 2019 halted the execution of Patrick Murphy, who had argued his religious freedom was being violated because his Buddhist spiritual adviser wasn’t allowed to accompany him. Murphy remains on death row.

The ruling in Murphy’s case came after the court was criticized for declining to halt the execution of Alabama inmate Domineque Ray over his request to have his Islamic spiritual adviser in the death chamber.

In a statement filed in federal court Monday in Barbee’s case, Bobby Lumpkin, director of the Texas Department of Criminal Justice’s Correctional Institutions Division, suggested a spiritual adviser could attempt to release an inmate or pull the intravenous lines that administer the lethal injection. Lumpkin also said audible prayers could prevent prison officials from hearing whether something has gone wrong.

“Because death row houses many of (the prison system’s) most violent, unpredictable and dangerous inmates, who have nothing to lose by attempting to escape or taking and assaulting a hostage, the rule against physical touch increases the security of the institution and protects visitors and staff,” Lumpkin said.

Last month, Alabama agreed as part of a lawsuit settlement to let death row inmate Willie Smith’s pastor hold his hand and pray with him during his Oct. 21 execution.

J. Patrick Hornbeck II, a theology professor at Fordham University in New York, said the Supreme Court will look at balancing the state’s legitimate interest in security with prisoners’ ability to practice their religion.

“It’s going to be a real test of the consistency that the justices bring to this sort of question to see how they deal with these sorts of religious freedom claims when they’re raised by prisoners who have been condemned to death for heinous crimes but who are looking for solace in the last moments of their life,” Hornbeck said.

Michael Mushlin, a law professor at Pace University in New York, said it’s likely the Supreme Court will issue a ruling on the two specific issues: whether spiritual advisers can pray out loud and whether they can touch an inmate. But it’s unclear if the court will issue a broader ruling that lays out everything a spiritual adviser can do in an execution chamber, he said. 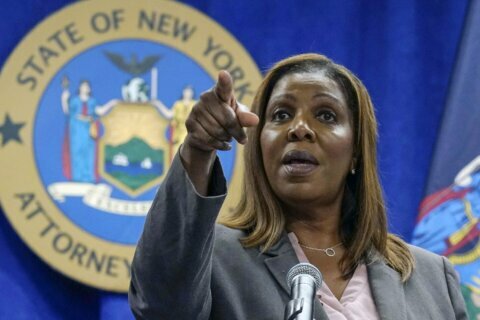 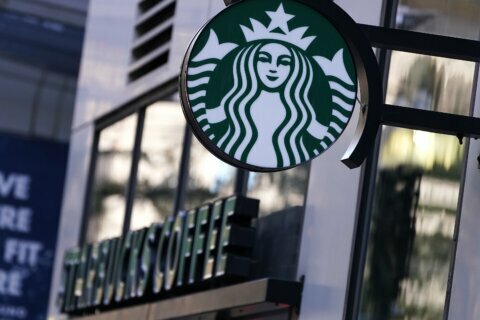