Quiet and self-effacing, DuBois avoided the spotlight during his more than 20 years in AP’s Portland bureau but was universally respected by his colleagues for his talent and sensitivity. He wrote and rewrote his own stories, worried they weren’t good enough, and frequently didn’t put his name on work he felt didn’t meet his standards.

As the day-to-day news supervisor, DuBois held others to those standards and mentored dozens of journalists, shaping reporters and future news managers both at the AP and elsewhere.

“If he didn’t think something was up to snuff, he would send it back with just two words at the top: ‘Write better,’” said Peter Prengaman, who began at AP working the night shift with DuBois in 2002 and is now the wire service’s U.S. West news director.

“In those discussions and revisions, I learned so much about leads, structures, word choice and the kind of reporting necessary to make sure you have the pieces to write well,” he said.

Over the years, DuBois was at the center of some of the biggest stories in Oregon, including the armed takeover of a national wildlife refuge by anti-government activists and the federal court cases that resulted from it; a mass shooting at a community college in southern Oregon; and a plot to bomb Portland’s downtown square during a Christmas tree-lighting ceremony.

His favorite stories, though, were the odd ones.

He once chronicled a man who ate a 20-ounce steak at Morton’s of Chicago every night for 103 days. He described the man, who tipped 100% on bills that topped $150, as someone “soft-spoken and down-to-earth, as ostentatious as meatloaf.” The man, an environmental consultant, also fed his German Shepard, Tasha, steaks that cost $32.95.

“That was one of his best qualities: while pretending to be disengaged from the world, he was actually a great listener,” said Andrew Kramer, who worked with DuBois on Portland’s night shift and is now based in Russia with The New York Times.

At a wire service built around speed, DuBois had a knack for getting the illuminating details and emotional nuance that made his stories stand out.

“He could talk to anyone and get them to open up, especially the ordinary people who were baffled to find themselves, for better or worse, the subject of an AP story,” said Jonathan Cooper, a Phoenix-based AP reporter who worked with DuBois in Portland.

DuBois was born in Warwick, Rhode Island, the youngest of three children. His father worked for a wholesale jeweler and traveled frequently. He was extremely close to his mother and often recalled how she taught him to read when he was 3 or 4 years old. He studied at Rhode Island College and, after some soul-searching, transferred to the University of Mississippi to pursue journalism.

His older brother, Robert “Jared” DuBois, said from a young age DuBois was fascinated with journalism, particularly sports writing. The brothers, both avid sports fans, would fight over the local newspaper to read the sports column, he recalled.

“The thing about my brother that people don’t understand is that he was like a genius-level IQ as a child. At six years old, he was reading the newspaper and his knowledge about statistics was unbelievable,” Jared DuBois said. “He was like a little human computer at a very young age, almost too smart for the world.”

At Mississippi, he wowed his professors. One instructor said reading his writing was “like eating a rich dessert” and suggested he’d be a great statehouse reporter.

“You have mastered the art of writing public meeting stories. I really should send you off to do something more challenging. A budget story might get you going,” the professor wrote.

DuBois worked as a staff writer at the Roswell Daily Record in Roswell, N.M., and later began freelancing for the AP in Providence, Rhode Island, in the late 1990s when the bureau’s sports stringer quit. When Providence’s then-supervisory correspondent Terrence Petty transferred to Oregon as the news editor in 1999, he was so impressed he offered DuBois a full-time job in Portland.

DuBois accepted and slept on Petty’s couch for months before getting a place of his own.

DuBois “was one of the most competent, talented, dedicated, reliable and personable journalists I ever met in my four decades of journalism,” Petty said.

DuBois collected friends the same way he collected stories, and they were as varied as his eclectic and wide-ranging interests.

He was passionate about music and made mixes for his friends that included favorite alternative bands such as Saint Etienne, the Go Betweens, Prefab Sprout and Style Council.

He was an avid sports fan who loved baseball and boxing, and for a few years he had a side job as an amateur boxing referee. A great conversationalist, he had encyclopedic knowledge of sports, movie and music trivia and knew quirky details of Portland history. He dabbled in stand-up comedy, bet regularly and (mostly) successfully on horse races, was passionate about karaoke and obsessed over the stock market and his Rotisserie baseball league.

He loved music, and loved curating music for friends above all else — an interest his brother Jared traced to when he would sneak into clubs as a teenager to watch his older sibling DJ.

DuBois got his first passport in his 40s and chose Sarajevo as his first international trip. He also took a months-long sabbatical from the AP and traveled around South and Central America and studied Spanish in Panama. After his cancer diagnosis, he told friends he was glad to have traveled so widely before he got sick.

Even in his final days, DuBois never left the news behind. Recently, he texted a co-worker about a Portland shooting that killed two and injured one. He quickly added he was only pointing out the story because it reminded him of a bar he went to after almost every night shift with his co-workers two decades ago — not because he wanted to create work.

“Remember this: Any time I mention news, I am only noting it as a friend,” he wrote. “Never as an assignment editor!” 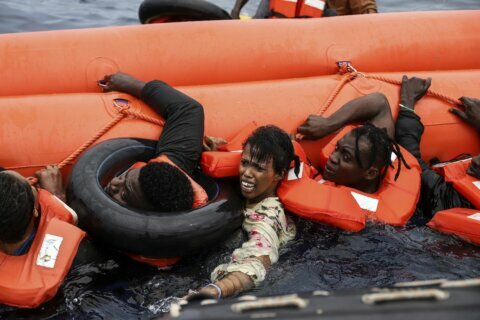 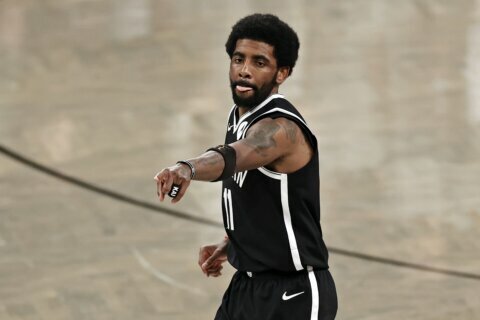