Officials: Plane that crashed near Atlanta was full of fuel

CHAMBLEE, Ga. (AP) — A small plane that crashed just after takeoff from a suburban airport in a northeast suburb of Atlanta, killing all four people aboard, was full of fuel and headed for Houston, according to authorities.

Officials with the National Transportation Safety Board provided that information Sunday during an update on their investigation.

Officials have said that a single-engine Cessna 210 crashed about 1:10 p.m. Friday at DeKalb-Peachtree Airport and caught fire, killing all four people on board. Their identities have not been released.

Federal investigators will take the aircraft’s remains to a secure facility and dissect it over the coming days, reviewing its systems and engine, NTSB investigator Daniel Boggs said. But that will be difficult, he said, because the plane was “severely damaged with fire.”

Boggs said investigators will look at everything including the aircraft’s weight, its service history and the pilot’s qualifications.

According to Boggs, the plane had recently undergone a modification, from a Continental engine to a Rolls Royce turbine engine, although Boggs did not say the modification was suspected as a cause of the crash.

Flights and normal operations resumed at the airport Friday night. The full investigation could take up to two years, authorities said. 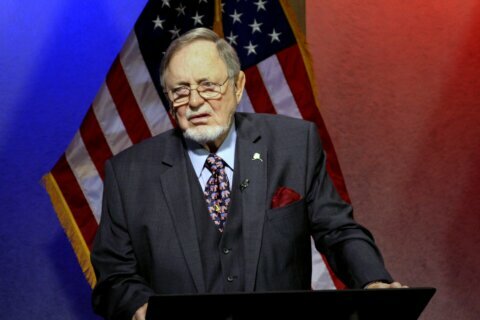 Alaska’s lone House member to face off with familiar family