Endangered status proposed for Nevada flower at lithium mine

RENO, Nev. (AP) — Federal wildlife officials proposed endangered species protections Friday for a desert wildflower known to exist only on a remote Nevada ridge where an Australian company plans a lithium mine.

The U.S. Fish and Wildlife Service issued a proposed rule to add Tiehm’s buckwheat to the endangered list, subject to 60 days of public comment.

“We find that Tiehm’s buckwheat is in danger of extinction throughout all of its range due to the severity and immediacy of threats currently impacting the species now and those which are likely to occur in the near term,” the agency said.

The primary threats are destruction, modification or curtailment of its habitat from mineral exploration and development, road development and other vehicle use, livestock grazing, invasive plant species and herbivory, the agency said. Climate change may further exacerbate the risks, and “existing regulatory mechanisms may be inadequate to protect the species,” it said.

The Center for Biological Diversity submitted a petition for the listing in 2019 and filed a lawsuit last year in an effort to force the protections and halt plans for the mine.

Officials with Ioneer Ltd., which is constructing the lithium mine on U.S. Bureau of Land Management land southwest of Tonopah, said Friday they have long anticipated the listing and factored efforts to protect the plant into the mine’s design. Lithium is a key element in batteries for electric vehicles.

“We fully support the decisions by the U.S. Fish and Wildlife Service and the work it and the BLM are undertaking to safeguard Tiehm’s buckwheat,” Ioneer managing director Bernard Rowe said in a statement. “Ioneer reiterates its commitment to preservation of this species.”

Fewer than 44,000 of the plants are known to exist, the Fish and Wildlife Service said, and the number may be even lower after an unprecedented attack by rodents last summer. The wildflowers are found only between elevations of 5,900 and 6,200 feet (1,800 and 1,900 meters) in eight tiny subpopulations in the Rhyolite Ridge area of the Silver Peak Range, about halfway between Reno and Las Vegas.

“Extinction is a political choice, and the Biden administration made the right call to prevent this special plant from disappearing forever,” he said.

Donnelly maintains a formal listing would prevent Ioneer from constructing the mine. However, Rowe said the company is confident that with a “combination of avoidance, propagation and translocation, we can achieve the successful coexistence of Tiehm’s buckwheat and our environmentally significant project.”

The Fish and Wildlife Service said potential impact from the proposed mining project, combined with the loss resulting from the recent rodent attack, would reduce the plant’s total population by 70% to 88% — from 43,291 individuals to roughly 5,289 to 8,696 — and remove 30% of its total habitat.

It noted Ioneer plans to try to remove and salvage some of the damaged plants by relocating them. But because unoccupied sites are not suitable for all early life stages of the plant and there’s a lack of research, “we are uncertain of the potential for success of translocation efforts.” 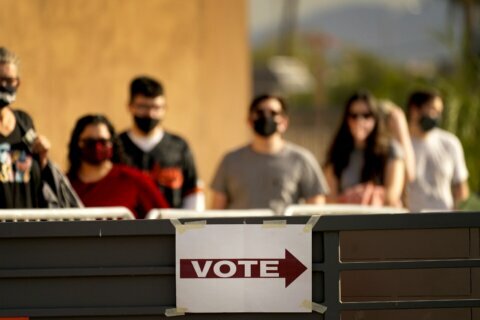