Coronavirus News: Fairfax Co. votes to increase substitute teacher pay | Is it time to get a COVID-19 booster? Which one? | Local cases of COVID-19 | How many in DC region are vaccinated?
Home » National News » Alleged gang members charged…

CHICAGO (AP) — Five alleged gang members have been indicted on murder charges in last year’s shooting death of a Chicago rapper that prosecutors say was part of ongoing violence over gang territories on the city’s South Side, officials announced Wednesday.

The U.S. Attorney’s Office in Chicago said in a news release that the O-Block gang gunned down Carlton Weekly, also known as “FBG Duck,” in August 2020 in the fashionable Gold Coast neighborhood, and “claimed responsibility for acts of violence in Chicago and used social media and music to increase their criminal enterprise.”

At an afternoon court hearing, Liggins, Offerd, Thomas and Smart entered pleas of not guilty, and the judge ordered that they remain in custody pending detention hearings. Roberson was not in court and the U.S. Attorney’s Office said his initial hearing was not scheduled.

Weekly was standing outside a store on Oak Street in broad daylight when two men climbed from two vehicles, opened fire, then climbed back into the vehicles and drove off. Weekly was killed and a woman and another man were injured. Police said it appeared to be a “targeted” attack on either Weekly or another man nearby. The Chicago Tribune reported that police determined the 26-year-old Weekly may have been targeted because days earlier he had made a video in which he disparaged rival gang members who had died.

Liggins, Offerd, Thomas, and Smart were arrested Wednesday morning, and Roberson was already in custody in Cook County Jail, according to the release.

Investigators have said for years that most killings in Chicago have tie to gang conflicts, which sometimes begin as online beefs that spill into real world violence. Arresting suspects in gang killings can be especially difficult because witnesses are reluctant to come forward.

At news conference with other law enforcement leaders Wednesday, Chicago Police Superintendent David Brown said the new indictment sends a message that “we are going after gangs in this city.”

“If this gives pause to them then we’re doing something good,” said Chicago-based U.S. Attorney John Lausch, speaking alongside Brown. 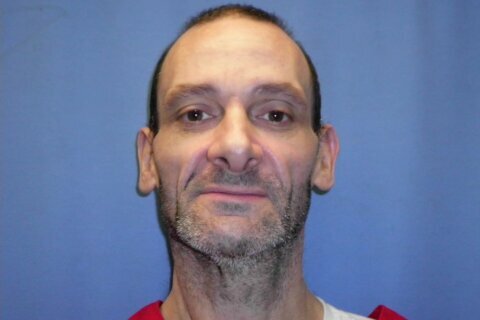