WASHINGTON (AP) — Federal officials plan to roll out software at 27 large U.S. airports that they hope will eliminate long lines of planes waiting to take off while also slightly reducing fuel consumption.

It won’t happen soon. A Federal Aviation Administration official said Tuesday that the software should be working in Phoenix early next year but take 10 years to reach all the targeted airports.

The software calculates exactly when planes should push back from the terminal gate so they don’t waste time idling in lines on taxiways before taking off.

The fuel savings are modest, however. The FAA said it expects the software to save more than 7 million gallons of fuel and reduce carbon emissions by 75,000 tons per year.

U.S. passenger airlines burned more than 18 billion gallons of fuel in 2019, according to the Transportation Department. Airplanes are a small but growing source of climate-changing carbon emissions.

The FAA said the software is part of a bigger investment in managing the flow of traffic at major airports. The agency posted animation showing how the software is designed to work. 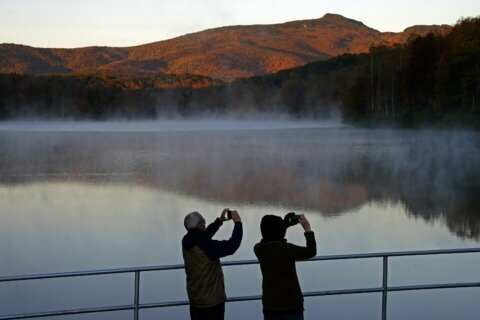