MINNEAPOLIS (AP) — The Minnesota Supreme Court on Wednesday threw out the third-degree murder conviction of a former Minneapolis police officer who fatally shot a woman who had called 911 to report a possible rape behind her home.

In its ruling in the case of Mohamed Noor, the Supreme Court also clarified what would constitute third-degree murder, or depraved-mind murder, saying the statute doesn’t apply if a defendant’s actions are directed at a particular person.

Noor was convicted of third-degree murder and second-degree manslaughter in the 2017 death of Justine Ruszczyk Damond, a dual U.S.-Australian citizen who called 911 to report a possible sexual assault behind her home. He was sentenced to 12 1/2 years on the murder count but was not sentenced for manslaughter.

The ruling means his murder conviction is overturned and the case will now go back to the district court, where he will be sentenced on the manslaughter count. He has already served more than 28 months of his murder sentence. If sentenced to the presumptive four years for manslaughter, he could be eligible for supervised release around the end of this year.

Damond’s fiancé, Don Damond, said the ruling was a “double blow against justice.” In a statement to The Associated Press he said that since Justine’s death, he has worked to try to prevent more fatalities at the hands of “stressed and inadequately trained police officers.” He said the Minneapolis Police Department hasn’t made any real progress toward change, and now Noor is not being held accountable for his fiancée’s killing.

“I have lived with the tragic loss of Justine and none of this can hurt my heart more than it has been, but now it truly feels like there has been no justice for Justine,” he said.

Caitlinrose Fisher, an attorney who worked on Noor’s appeal, said she’s grateful the Supreme Court clarified the law, and hopes it will lead to greater equity and consistency in charging decisions.

“We’ve said from the beginning that this was a tragedy but it wasn’t a murder, and now the Supreme Court agrees and recognizes that,” she said.

Noor’s defense team also released a joint statement, saying “fairness has been delivered” and Noor is looking forward to hugging his son as soon as possible.

Hennepin County Attorney Mike Freeman, whose office prosecuted the case, said in a statement that he disagrees with the Supreme Court’s analysis but must accept the decision. Freeman said the conviction on second-degree manslaughter still stands and was just.

The ruling in Noor’s case was also closely watched for its possible impact on three other former Minneapolis officers awaiting trial in Floyd’s death. Prosecutors had wanted to add charges of aiding and abetting third-degree murder against them, but that’s unlikely to happen now. The three men are due to go on trial in March on charges of aiding and abetting both second-degree murder and manslaughter.

The Attorney General’s Office, which is prosecuting that case, said it is studying the decision.

The Supreme Court said that for a third-degree murder charge, the person’s mental state must show a “generalized indifference to human life, which cannot exist when the defendant’s conduct is directed with particularity at the person who is killed.”

The justices said that Noor’s conduct was directed with particularity at Damond, “and the evidence is therefore insufficient to sustain his conviction … for depraved-mind murder.”

State law has defined third-degree murder as “an act eminently dangerous to others and evincing a depraved mind, without regard for human life.” A central dispute has been whether “dangerous to others” must be read as plural, or if the fatal act can be directed at a single, specific person.

In its ruling, the Supreme Court pointed to numerous other cases in which it has interpreted the “depraved mind, regardless of human life” phrase. In roughly 20 cases over more than 160 years, the Supreme Court has repeatedly held that depraved-mind murder shows an indifference to life in general, not to the life of a specific, targeted person.

“We reaffirm our precedent today and confirm that the mental state required for depraved-mind murder cannot exist when the defendant’s actions are directed with particularity at the person who is killed,” the justices wrote. The Supreme Court also made the point of overruling one of its own prior rulings that contradicted this precedent — saying that in that case, the justices had gotten it wrong.

While evidence shows Noor’s conduct was aimed at Damond, the state argued that depraved-mind murder applied because Noor’s partner and a bicyclist were nearby.

The Supreme Court said the mere proximity of others does not establish that Noor had an indifference to human life in general.

The justices also said that they may agree that Noor’s decision to shoot his gun because he was startled was unreasonable, adding that his “conduct was especially troubling given the trust that citizens should be able to place in our peace officers. But the tragic circumstances of this case do not change the fact that Noor’s conduct was directed with particularity toward Ruszczyk.”

Prosecutors had argued that since nearly all killings by officers are directed at a specific person, no officers could be prosecuted for third-degree murder if the statute was interpreted as Noor’s attorneys suggested. But the Supreme Court disagreed, saying anyone, including an officer, who kills someone while showing indifference to human life “in general” could be convicted of depraved-mind murder. The justices also noted that officers could be prosecuted on other murder counts if the facts of the case warrant it.

Noor testified in his 2019 trial that a loud bang on his squad car made him fear for his and his partner’s life, so he reached across his partner from the passenger seat and fired through the driver’s window. Fisher told the Supreme Court justices that “it would be very hard to imagine” that an officer’s “split-second reaction to a perceived threat” would count as a “depraved-mind murder” but that other charges could be justified instead, such as manslaughter.

Fisher said Wednesday that Noor “really believed that he was saving his partner’s life that night, and instead he tragically caused the loss of an innocent life … I think just having reaffirmation that a mistake like that isn’t murder will mean more than words can say.” 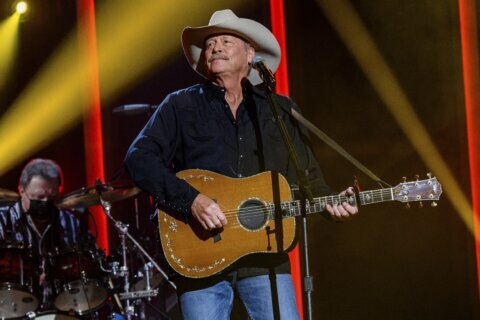