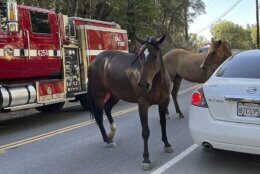 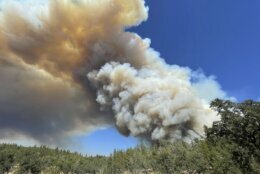 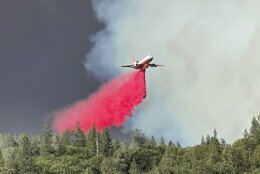 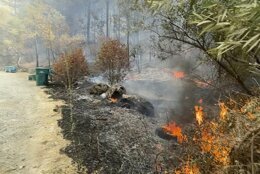 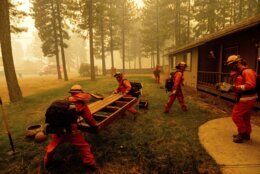 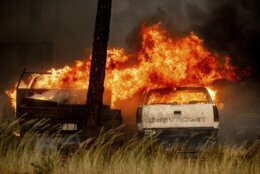 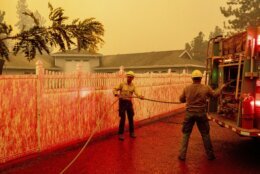 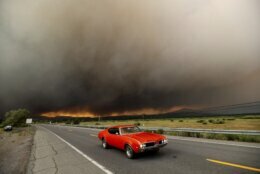 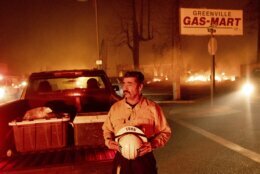 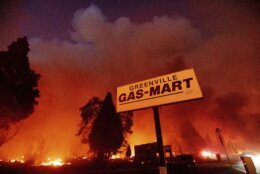 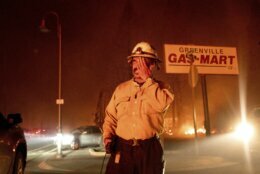 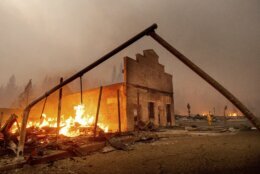 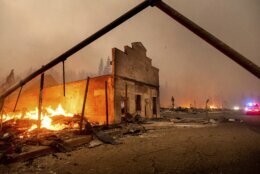 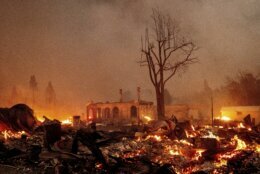 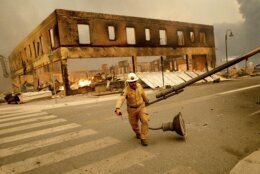 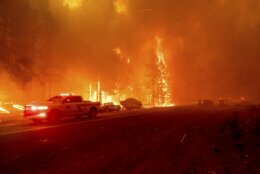 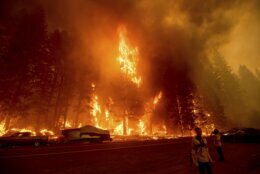 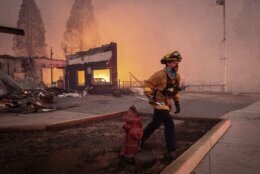 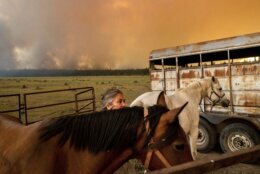 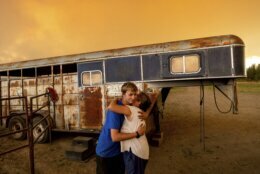 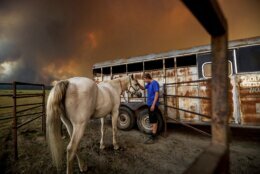 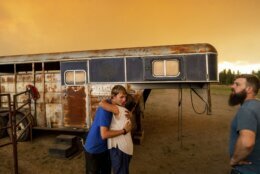 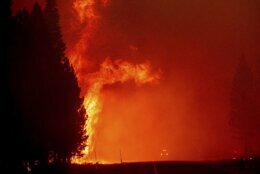 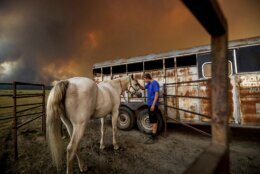 GREENVILLE, Calif. (AP) — California’s largest wildfire has leveled much of the downtown and some surrounding homes in a small Northern California mountain community.

The Dixie Fire tore through the Greenville on Wednesday evening, destroying businesses and homes as the sky was cast in an orange glow. A photographer on assignment for The Associated Press described seeing a gas station, hotel and bar burned to the ground.

“If you are still in the Greenville area, you are in imminent danger and you MUST leave now!!” the Plumas County Sheriff’s Office posted on Facebook earlier Wednesday.

The sheriff’s department and Cal Fire did not immediately respond to messages.

The 3-week-old fire has grown to over 428 square miles (1,108 square kilometers) across Plumas and Butte counties.

Firefighters had been trying to protect the town of 800 about 280 miles (450 kilometers) northeast of San Francisco by clearing debris from roads and marking hazards.

Pandora Valle, a spokesperson with the U.S. Forest Service, earlier told The San Francisco Chronicle that “firefighters are fighting for the town of Greenville,” but could not provide further details about the damage.

The destruction came amid a red flag warning issued by forecasters warning of hot, bone-dry conditions with winds up to 40 mph (64 kph). That could drive flames through timber, brush and grass, especially along the northern and northeastern sides of the vast Dixie Fire.

“I think we definitely have a few hard days ahead of us,” said Shannon Prather with the U.S. Forest Service.

Firefighters were able to save homes and hold large stretches of the blaze. But flames jumped perimeter lines in a few spots Tuesday, prompting additional evacuation orders for about 15,000 people east of Lake Almanor, fire officials said.

Heat from the flames created a pyrocumulus cloud, a massive column of smoke that rose 30,000 feet (10,000 yards) in the air, said Mike Wink, a state fire operations section chief.

Dawn Garofalo watched the cloud grow from the west side of the lake, where she fled with a dog and two horses, from a friend’s property near Greenville.

“There’s only one way in and one way out. I didn’t want to be stuck up there if the fire came through,” Garofalo said.

From her campsite on the lake bed, she watched the fire glowing on the horizon before dawn. “The flames were huge. They must have been 500 feet high. Scary,” she said.

The fire has threatened thousands of homes and destroyed 67 houses and other buildings since breaking out July 14. It was 35% contained.

About 150 miles (240 kilometers) to the west, the lightning-sparked McFarland Fire threatened remote homes along the Trinity River in the Shasta-Trinity National Forest. The fire was only 5% contained. It had burned fiercely through nearly 25 square miles (65 square kilometers) of drought-stricken vegetation.

Similar risky weather was expected across Southern California, where heat advisories and warnings were issued for interior valleys, mountains and deserts for much of the week.

Montana on Tuesday had 25 active large blazes, followed by Idaho with 21 and Oregon with 13. California had 11.

In Hawaii, firefighters gained control over the 62-square-mile (160-square-kilometer) Mana Road Fire that forced thousands of people to evacuate over the weekend and destroyed at least two homes on the Big Island.

“Crews are working tirelessly to ensure we are as prepared as we can be for the extreme fire weather forecast for the next couple days,” a U.S. Forest Service update said.

This story has been corrected to show the name of the blaze in Hawaii is the Mana Road Fire, not the Nation Fire.