STEELTON, Pa. (AP) — A grandfather set fire to a Pennsylvania apartment above a convenience store last week, killing himself as well as his son and two grandchildren, a coroner said Tuesday.

Dauphin County Coroner Graham Hetrick told reporters that Jafar Afshar, 67, used accelerants inside the Steelton home and set it afire Friday, killing himself, his son Saeed Afshar, 36, and his two grandchildren, an 8-year-old boy and a 5-year-old girl whose names were not released.

Jafar Afshar’s death was ruled a suicide and the other three deaths were ruled homicides, he said. All four died of thermal burns and smoke inhalation. The homicide victims appear to have been sleeping and were likely overcome by fumes before their deaths; the grandfather had more thermal burns than the others, he said.

Hetrick said there were “some indications of abnormal behavior” on the part of the older man but declined to discuss a possible motive.

“What was in his mind when he decided to eliminate the family that he has been with, I don’t know,” he said.

Authorities were still trying to determine the exact accelerant used, he said. There was no indication that anyone in the home tried to escape after the fire began, he said.

“I think this happened quickly, I think there was a large amount of smoke very shortly; if those individuals were asleep they could have very easily been unconscious or incoherent” due to carbon monoxide, Hetrick said.

Neighbors and people passing by first reported the blaze at about 6 a.m. Friday in the two-story brick building, which formerly served as a tavern.

Saeed Afshar had served as the key prosecution witness in a 2018 murder trial in Dauphin County that resulted in a second-degree murder conviction and a life sentence, PennLive.com reported.

Dozens of community members had gathered Sunday at Mohn Park to remember those who died, WHTM-TV said.

“They are part of our town and part of our heart and that just goes to show there are many people grieving about this,” Mayor Maria Romano Marcinko said.

Steelton is about 4 miles (6.4 kilometers) south of Harrisburg along the Susquehanna River. 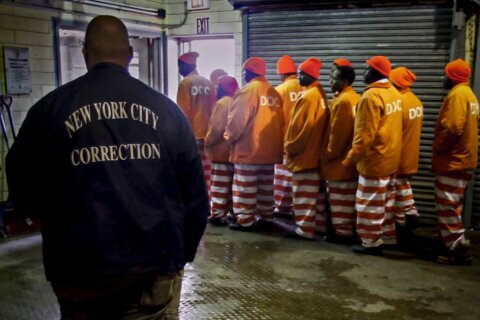