Coronavirus News: The nuance of dealing with COVID-19 | New cases in Montgomery Co. | 'Is It Normal Yet' Podcast: A perfect storm | Latest cases in DC region
Home » National News » Arkansas sheriff convicted of…

FORT SMITH, Ark. (AP) — A federal jury on Monday found an Arkansas sheriff guilty of violating the rights of two people in his custody by assaulting them.

Trial evidence showed that on Nov. 21, 2018, Boen pushed a detainee onto the floor and grabbed his hair beard during an interrogation. It also showed that on Dec. 3, 2018, he punched a detainee multiple times while he was shackled to a bench inside Franklin County jail and not resisting.

Boen was acquitted on a third count.

Boen faces up to 20 years in prison, but no sentencing date has been set. In an email, defense attorney Russell Wood said he and his client “are very disappointed in the verdict of the jury but respect the duty that each member of the jury performed.”

A message to Franklin County officials was not immediately returned. 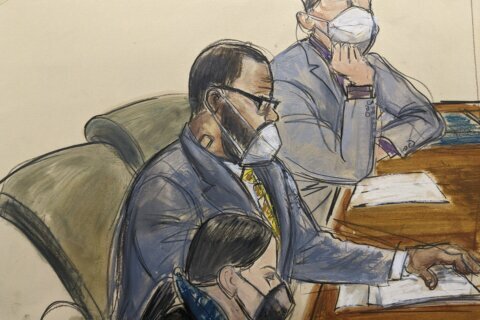