WASCO, Calif. (AP) — One deputy died and another deputy was wounded in a shooting during a standoff at a…
Listen now to WTOP News WTOP.com | Alexa | Google Home | WTOP App | 103.5 FM

WASCO, Calif. (AP) — One deputy died and another deputy was wounded in a shooting during a standoff at a home, according to the mayor of the California city where the gunfire erupted.

Law enforcement had responded to the home on a report of gunshots, Kern County Lt. Joel Swanson told news outlets. When officers arrived, someone at the home opened fire on them. No deputies were injured.

Then, officials contacted a SWAT team and crisis negotiators, Swanson said. The suspect shot at SWAT members as they approached the home, wounding two deputies. Hours later, law enforcement and the suspect exchanged gunfire again and the suspect was struck. He was taken to a hospital in unknown condition, news outlets reported.

Two other people were also found inside the home with gunshot wounds. Their conditions were not immediately known.

An American flag covering what appeared to be a casket was taken from Kern Medical and loaded into a van with the words “coroner transport” on the dashboard, according to video from KGET-TV. Dozens stood in regard — some saluting, others with their hand over their heart — as the van drove away from the facility Sunday evening.

“I would like to share that my heart goes out to the families of both the deputies,” the mayor said in his statement. “Nothing can prepare us for tragedies such as these. In an instant our lives can change forever.” 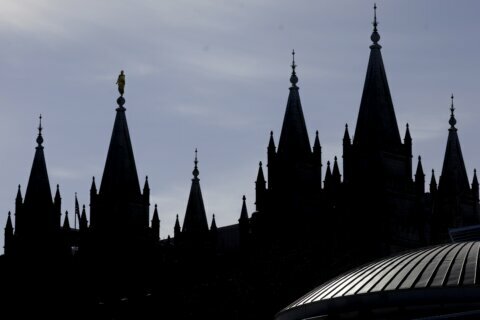