COLUMBUS, Ohio (AP) — Three Democratic members of Congress are asking the U.S. Department of Health and Human Services to investigate the foster care experience of Ma’Khia Bryant that preceded the 16-year-old’s fatal police shooting in Ohio.

U.S. Rep. Joyce Beatty and U.S. Sen. Sherrod Brown of Ohio, along with U.S. Sen. Ron Wyden of Oregon, penned a letter last week on behalf of Bryant’s parents, asking the federal agency to look into the teen’s experience through the foster care system.

“When a child dies in foster care, the system has failed,” the lawmakers wrote. “It failed Ma’Khia Bryant, who lived in her foster family home for about two months before a police officer shot and killed her in front of that home on April 20, 2021.”

Bryant was shot four times in April by Columbus police officer Nicholas Reardon as she swung a knife at a young woman, just seconds after pushing another woman to the ground. Bryant was Black and Reardon is white. Police were responding to a 911 call made from Bryant’s foster home about a group of girls threatening to stab members of the household.

Bryant’s family previously told The Associated Press that the teen and her younger sister were the ones who called for help.

While Bryant’s killing further heightened tensions in Ohio’s capital city over the fatal police shootings of Black people, her death also cast a light on the state’s foster care system. An attorney representing the slain teen’s family called for an investigation of the system and whether girls in the foster home were properly supervised.

In the letter, the Democratic lawmakers urged for the HHS Administration for Children and Families to provide assistance to the Franklin County Children Services, where Bryant was in foster care, during their review of the case.

The letter, which was released today, also asks the federal agency’s Office of Civil Rights to launch its own independent investigation to examine if the state and the county foster care systems were in compliance with federal non-discrimination services.

Among the parts of her foster care experience under scrutiny include Bryant being placed in five different foster homes within two years. The foster home she was staying at at the time of her death was the scene of more than a dozen 911 calls since 2017. The majority of the calls were made by Angela Moore — the home’s foster mother — seeking help with foster girls who had left without permission or didn’t return after being out, according to documents and 911 calls obtained by AP.

“The whole world has placed Ma’Khia on trial based on this one incident where they see her swinging a knife,” the family’s attorney Michelle Martin said in late April. “But why aren’t we looking further and figuring out who were those girls? How did they get there? How did this develop so quickly?”

“What trauma was not being addressed within the home?” she added. “I mean so many questions that have to be answered.”

Days after Bryant’s shooting, Franklin County Children Services said it had an obligation to make changes.

“We are committed to ensuring that our programming and services most appropriately address the needs and concerns of those we serve,” the agency said.

Requests for comment were sent to HHS, Franklin County Children Services and the state.

But the lawmakers who penned the letter, as well as child welfare advocates, say the foster care system in Ohio — and nationally — is broken, especially when it comes to the treatment of Black children.

A review released in March, ordered by Republican Gov. Mike DeWine, found the state’s system was infused with racial inequity. The review also showed examples of where the system failed to value Black voices and experiences and poorly equipped foster parents to raise multiracial families, which sometimes results in the children in their care experiencing racism.

“These inequities played out in Ma’Khia’s life and are all too familiar for children and young people in the foster care system, particularly Black and brown children who are overrepresented in the child welfare system,” the lawmaker stated in the letter. 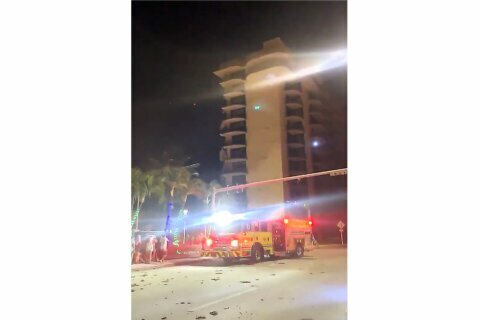