COLUMBIA, S.C. (AP) — The inmate scheduled to be the first put to death under South Carolina’s recently revamped capital punishment law has filed a last-minute request seeking to halt his execution in the electric chair, arguing that the state hasn’t exhausted all methods to procure lethal injection drugs.

On Thursday, attorneys for Brad Sigmon filed papers in federal court asking a judge to put a stop to his execution later this month.

Sigmon, on death row since his 2002 conviction in a double murder, has officially selected lethal injection as his execution method. But the state says it hasn’t been able to get the necessary drugs, and a new law signed last month by Gov. Henry McMaster would force inmates to choose either the electric chair or a firing squad, in the event lethal injection drugs aren’t available.

Citing other states that have been able to carry out lethal injection executions in recent years, Sigmon’s attorneys argue that South Carolina simply hasn’t tried hard enough to get the drugs or compound them itself, as some other states have done.

Executing Sigmon by electrocution, his attorneys wrote, subjects him “to a substantial risk of excruciating pain, terror, and certain bodily mutilation that contravenes evolving standards of decency, offends basic principles of human dignity, and violates and the Eighth Amendment’s prohibition on cruel and unusual punishment.”

Electrocutions, they argued, “often go horribly wrong,” writing that “an electrocuted person can experience a slow, painful death by suffocation as his internal organs are slowly cooked,” or “his eyes may pop out, his body will likely blister, and the smell of his burnt flesh will permeate the room.”

Sigmon’s June 18 execution would be the state’s first in a decade, an involuntary halt officials have said came from an inability to procure the drugs needed for lethal injection. Inmates in South Carolina have for years had the option to choose electrocution — and some have — but injection has been listed as the default method if the condemned makes no other choice.

When McMaster signed the new capital punishment measure into law last month, Sigmon and another death row inmate, Freddie Owens — both of whom have exhausted their appeals — immediately sued, saying they can’t be electrocuted or shot since they were sentenced under a prior law making lethal injection the default method.

That litigation is ongoing. This week, Owens’ execution was scheduled for June 26.

South Carolina’s last execution took place in 2011, and its batch of lethal injection drugs expired two years later. There are 37 inmates awaiting death in South Carolina, all of them men.

The new law, Sigmon’s attorneys wrote, “is the first to break with more than 100 years of American jurisdictions implementing more humane methods of executions, which has culminated with lethal injection being the dominant method in every other death penalty jurisdiction in the United States.”

South Carolina is one of eight states that still electrocute inmates, and the state has said the electric chair is ready to use. Prison officials have been doing research into how firing squads carry out executions elsewhere, but have said they’re not sure how long it will take to have one in place in South Carolina.

The other three states that allow a firing squad are Mississippi, Oklahoma and Utah, according to the Death Penalty Information Center. Three inmates, all in Utah, have been killed by firing squad since the U.S. reinstated the death penalty in 1977. Nineteen inmates have died in the electric chair this century, according to the center.

During South Carolina’s lengthy debate on the new capital punishment statute, Democratic state Sen. Dick Harpootlian — a prosecutor-turned-criminal defense lawyer — introduced the firing squad option, arguing it presented “the least painful” execution method available and characterized electrocution as “not much better” than hanging in terms of what could go wrong, according to Sigmon’s lawyers.

In that same debate, they wrote, state Sen. Greg Hembree said that it was “not the government’s place” to “torture anybody needlessly,” calling lethal injection “more humane than the electric chair.”

A hearing on Sigmon’s request is set for next week. 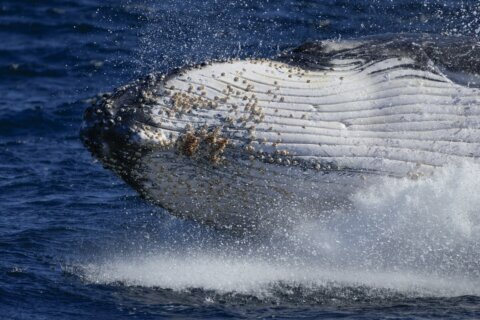