Mars helicopter takes it to the limit with more groundbreaking flights

Where are you now, Mars Ingenuity helicopter? While it seems like the little chopper has been quiet, it turns out that Ingenuity has aced more of its flights -- and even got a software update to fix an annoying issue that impacted some of its previous outings.
Listen now to WTOP News WTOP.com | Alexa | Google Home | WTOP App | 103.5 FM

Where are you now, Mars Ingenuity helicopter? While it seems like the little chopper has been quiet, it turns out that Ingenuity has aced more of its flights — and even got a software update to fix an annoying issue that impacted some of its previous outings.

The 4-pound helicopter has successfully flown eight times on Mars as of June 21, according to an update from Teddy Tzanetos, the helicopter operations lead at NASA’s Jet Propulsion Laboratory in Pasadena, California.

On its latest outing, Ingenuity flew 525 feet (160 meters) to the south and southeast to a new airfield. This was the copter’s third flight of the operations demo phase, in which Ingenuity is proving its usefulness as an aerial scout without interfering with the Perseverance rover’s science mission — searching for evidence of ancient life on Mars.

Ingenuity continues to do well, and the team is planning for more flights that will push its capabilities. And the helicopter is doing even better now that its troublesome “watchdog” software issue has been fixed. That was deployed before the eighth flight.

The watchdog issue occurred before Ingenuity’s first flight in April. Essentially, this watchdog timer acts like a safe mode when it detects a timing issue, preventing the helicopter’s software from moving into flight mode and allowing the chopper blades to reach full speed or ascend.

While a temporary workaround was developed to bypass this issue, it was still possible that the watchdog timer would go off 15% of the time.

“Flight 8 confirmed that the FC flight software update was a success and that Ingenuity is ready to proceed with confidence into the next flights of the ops demo,” according to an update from Tzanetos.

Ingenuity is also due for a navigation computer software update that will fix the issue that occurred during the chopper’s sixth flight. Images captured by the navigation camera, which feed into the helicopter’s navigation computer, had timing delays. Those images help Ingenuity to track its location, among other critical factors during flight. When the incorrect times and images were associated, it caused the chopper to wobble in the air.

Ingenuity was able to land safely, but the team wants to prevent the issue from happening again so the chopper doesn’t spiral out of control. It’s also why the helicopter didn’t capture any color images during its last two flights.

“This update will provide a mechanism for the Helicopter to detect and correct when image timestamps in the pipeline become out-of-synch/are dropped/skipped, while also re-enabling the capture of high-resolution 13-megapixel color images. This update is planned to occur in the coming days, followed by Ingenuity’s ninth flight on Mars,” Tzanetos wrote.

Although Ingenuity has already achieved the goals initially set by its team during its first few flights, the chopper continues to push the limits of what it can do — and tag along with the Perseverance rover as it explores the site of an ancient lake bed on Mars. 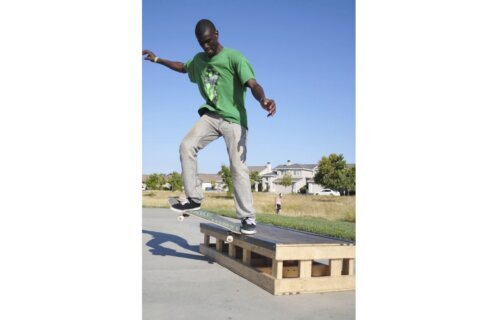 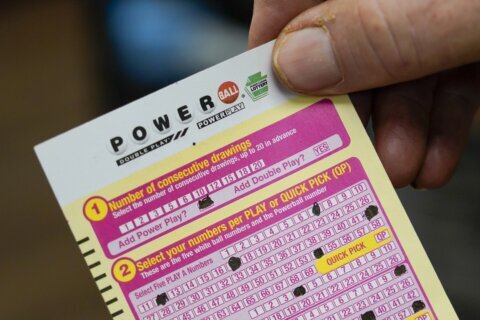 Powerball jackpot grows to $747 million after no winner