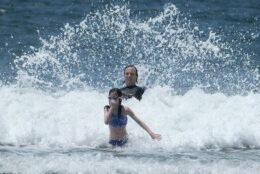 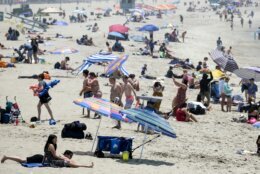 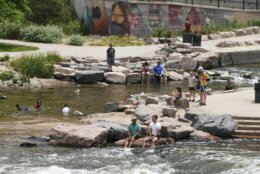 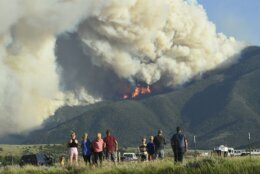 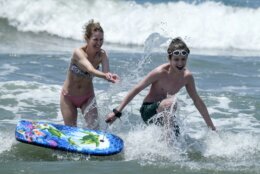 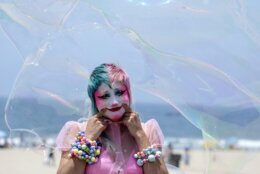 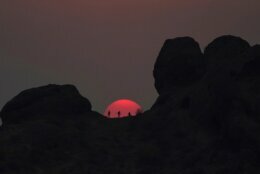 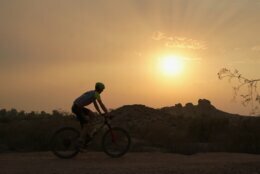 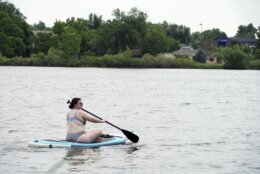 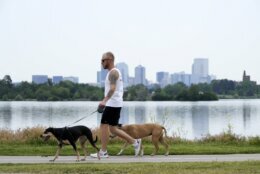 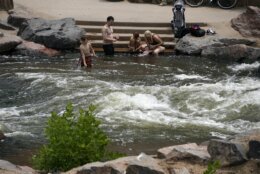 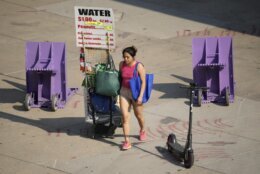 PHOENIX (AP) — An unusually early and long-lasting heat wave brought more triple-digit temperatures Wednesday to a large swath of the U.S. West, raising concerns that such extreme weather could become the new normal amid a decades-long drought.

Phoenix, which is seeing some of the highest temperatures this week, tied a record for the second day in a row when it reached 115 degrees (46 Celsius) Wednesday and was expected to hit 117 (47 Celsius) each of the next two days, the National Weather Service said.

Scientists who study drought and climate change say that people living in the American West can expect to see more of the same in the coming years.

“Heat waves are getting worse in the West because the soil is so dry” from the region’s megadrought, said Park Williams, a University of California, Los Angeles, climate and fire scientist who has calculated that soil in the western half of the nation is the driest it has been since 1895. “We could have two, three, four, five of these heat waves before the end of the summer.”

A few clouds were holding the temperatures down slightly in the desert region of southwest Arizona and southeast California. But there was no real relief expected from the excessive heat warning in effect until at least Sunday. Palm Springs hit a high of 120 degrees on Tuesday,

The dome of high pressure spread over the West the week before the official start of summer, causing unusually hot days and warm evenings.

Expecting crowds trying to cool off, a half dozen lifeguards in wide-brimmed straw hats and red T-shirts over swimsuits waited for people to arrive at a city pool in downtown Phoenix that features a water slide and several fountains. Several blocks away, outdoor misters spritzed diners on restaurant patios.

In California, the operator of the state’s power grid is asking residents to voluntarily conserve power for a few hours Thursday evening as record-breaking heat blankets the West this week.

The California Independent System Operator issued the alert to help relieve stress on the grid. It asks people to set thermostats to 78 degrees or higher, turn off unnecessary lights and avoid using major appliances. CEO Elliot Mainzer said the grid was stable and there was no expectation of rotating power outages, but that could change as temperatures spike in the coming days.

Higher temperatures also were felt in the normally temperate San Francisco Bay Area. A few cooling centers were open but mostly empty by the afternoon.

Kathleen Craft, shelter coordinator for the city of Livermore, California, said temperatures had reached 99 degrees (37 Celsius) shortly after midday but only one woman had shown up at the city’s cooling center.

Elsewhere in the West, triple-digit heat was forecast in Denver, which saw a record high of 101 degrees (38 Celsius) Tuesday. The weather service issued an excessive heat warning for parts of western Colorado, most of which is experiencing extreme drought conditions.

Bekka Hamburg was trying to beat the heat by paddle-boarding on a lake just west of downtown Denver on Wednesday.

“I rented this (paddleboard) a week ago knowing that it would be like 100 degrees,” the 24-year-old visiting from Indianapolis said. “I didn’t pack any pants, didn’t pack any T-shirts. I just packed tank tops and shorts.”

Hamburg said it was the first time she had experienced Colorado’s “dry heat,” adding that it’s much easier to manage than the humid heat common in the Midwest.

The region is expected to remain at 113 degrees (45 C) or hotter through Sunday, National Weather Service meteorologist John Salmen said, and still could top the all-time local high of 117 degrees (47 Celsius), set June 20, 2017.

New Mexico also experienced more record-breaking highs. But a possible respite was in sight with showers and thunderstorms expected in parts of the state.

In Montana, temperatures over 100 degrees (38 Celsius) have made it tougher to fight wildfires that have exploded in size, triggering evacuations and destroying an undetermined number of homes. Furious winds have stoked the flames and forced the crash-landing of a firefighting helicopter.

At least 14 new fires have been reported in Montana and Wyoming since Tuesday.

The dry weather was also being felt in Idaho, where authorities are preparing for what could be a challenging wildfire season.

Nick Nauslar, a meteorologist with the National Interagency Fire Center, told state officials this week that nearly 80% of Idaho is in drought and the rest will likely experience it in the coming months. He said Idaho had its second-driest spring in the last 126 years.