Massachusetts Attorney General Maura Healey has been a leader in the legal push to hold companies and individuals accountable for the U.S. opioid addiction and overdose epidemic, which has been linked to nearly 500,000 deaths over the last two decades.

Healey was the first of many state attorneys general to sue individual members of the Sackler family who own Connecticut-based Purdue Pharma, maker of OxyContin. She’s joined with about half the state attorneys general in opposing the company’s settlement proposal in bankruptcy court. It calls for dissolving Purdue and turning it into a new company that would use the proceeds of OxyContin sales to combat the crisis. Healey and others say it doesn’t go far enough.

Purdue and the Sacklers defend the plan by saying it would take the company out of the family’s hands and provide billions of dollars to deal with the opioid crisis. A U.S. Bankruptcy Court judge in New York this month gave the company permission to start asking creditors to vote on whether to approve the plan, which the company says would be worth more than $10 billion. A hearing is scheduled for August.

On Tuesday, Healey is scheduled to appear before a congressional committee to testify in support of a bill that would clarify bankruptcy laws so company owners and executives would not be able to use a corporate bankruptcy case to shield themselves from personal liability. The legislation was inspired by the Purdue case.

Also this year, Healey became the first attorney general to sue a marketing company, Publicis Health, claiming it also had a role in the opioid epidemic through its work for Purdue. The company says it acted lawfully and that the lawsuit is baseless.

The Purdue bankruptcy is the highest-profile case in a complicated universe of opioid-related lawsuits across the U.S. that has drawn comparisons to the multistate litigation against tobacco companies in the 1990s. The interview with Healey, held June 3, has been condensed.

AP: Purdue’s bankruptcy plan calls for members of the Sackler family to give up control of the company, with future profits used to abate the opioid crisis, and also pay nearly $4.3 billion dollars over time. That’s on top of the more than $200 million they’re paying in a federal settlement. Why do you feel that offer is not sufficient to hold the company and its owners accountable?

HEALEY: The Sacklers are not offering to pay anything near what they should for the harm and devastation caused to families and communities around this country.

What it would do is pay a measly total of less than $1.3 billion over the next five years to states, cities, counties. This is way too little and way too late while they continue to sit on a fortune of at least $11 billion — a fortune built through the sales of OxyContin and a fortune built at the expense of so many victims across this country and devastation.

And what’s worse is they’ve also gone back to bankruptcy court with this proposal to essentially buy immunity with a fraction of those investment returns. So, hey, that’s their plan. They want to continue to be rich and they will likely be richer after paying the settlement than they are today. That doesn’t sit right with me and it shouldn’t sit right with anyone.

HEALEY: Nothing about the civil resolution will in any way negate or eliminate the opportunity for criminal investigation or prosecution. I can tell you as a prosecutor that government has to make its case, and each and every individual is entitled to a defense. But here is a situation where we have pursued Purdue and the Sacklers to recover money desperately needed to help our states and our cities and our families.

AP: State attorneys general are split nearly evenly on whether this is an acceptable deal. Why can’t you all agree on that?

HEALEY: My job as a matter of law enforcement is to hold people accountable when they break the law, whether they’re rich and powerful corporations or rich and powerful individuals who seem to be able to buy whatever legal defense and team of lawyers they need to continue to delay and fight this in court.

But for me, accountability is so important. It’s important to the victims and survivors and the families we serve and are elected to represent in our state. Accountability is important for fairness, for justice, for keeping people safe, and as a matter of deterrence to make sure that bad things like this don’t happen again.

Purdue’s plan should require a public repository of every document in this case. We did that in tobacco; we should do it here. I believe in that strongly. The country deserves to know how Purdue and the Sacklers caused this opioid epidemic. We can’t continue to let them keep this secret.

The Sackler plan wants the government to take over the drug business, to put us in charge of selling OxyContin. Putting governments in a position of profiting off the sale of OxyContin is just perverse and totally inappropriate. We want no part of it. Instead, we want a prompt and orderly wind down of this disgraced business.

AP: Earlier this year, you filed claims against Publicis. It’s a marketing consultant for Purdue. Why did you do that, and do you expect lawsuits against other companies that work for the drug industry?

HEALEY: During our investigation of Purdue and the Sacklers, we learned that Publicis was actively involved in consulting and providing marketing guidance to Purdue and the Sacklers to help them drive up OxyContin’s sales. In doing so, they created a huge public nuisance. They engaged in unfair and deceptive violation of our consumer protection law.

There were any number of entities and perpetrators involved in this deadly and devastating opioid epidemic. And we’re going to continue to hold each and every one of them accountable — or at least try to. We owe that to our families and we owe that in the name of justice.

AP: There are currently trials involving claims against drug makers in California and distribution companies in West Virginia. I’m wondering what the outcomes of those cases will mean for the bigger picture of opioid litigation across the US.

HEALEY: They benefit the public and the press because facts get exposed. People have to actually testify in public under oath. This is the way that accountability can be achieved. 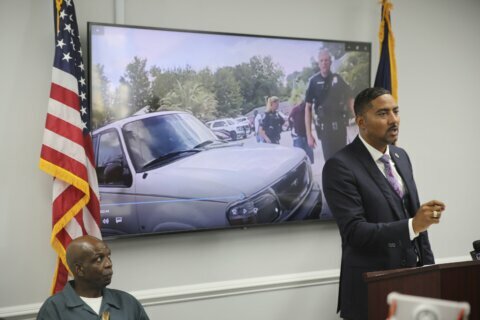 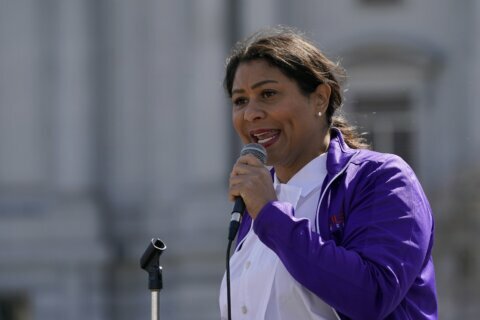