OKLAHOMA CITY (AP) — As the U.S. marks 100 years since one of its most shameful historical chapters, researchers, including…
Listen now to WTOP News WTOP.com | Alexa | Google Home | WTOP App | 103.5 FM

OKLAHOMA CITY (AP) — As the U.S. marks 100 years since one of its most shameful historical chapters, researchers, including descendants of Black victims of the Tulsa Race Massacre, are preparing to resume a search for remains believed to have been hastily buried in mass graves.

Although many details about the two terrifying days in 1921 eventually came to light after decades of shared silence by perpetrators, victims and their progeny, some basic facts remain unknown, including the true death toll and the names of many members of the city’s once thriving Black community who died at the hands of a white mob.

The state declared the death toll to be only 36 people, including 12 who were white. But for various reasons, including contemporaneous news reports, witness accounts and looser standards for tracking deaths, most historians who have studied the event estimate it to be between 75 and 300.

Most Black victims were buried in unmarked graves, and efforts are ongoing to locate their remains for proper burial and recognition.

“Most of these people were just thrown away, their bodies were buried while their loved ones were being held by armed guards in internment camps,” said Scott Ellsworth, a University of Michigan professor of Afroamerican and African studies who is consulting on the search and is among the foremost experts on the massacre, which is sometimes referred to as a riot.

After a white mob descended on the Black section of Tulsa, Greenwood, and burned more than 1,000 homes, looted hundreds of others and destroyed its thriving business district, more than 4,000 Black people were forcibly interned for several days at a fairground and other sites during a period of martial law.

Victims’ bodies — some burned beyond recognition — were unceremoniously buried during that time, with interned families unable to claim their loved ones’ remains or not even aware they had died, according to the 2001 findings of a state commission that explored the massacre.

After the initial shock about the massacre wore off, it receded from the public’s consciousness.

Neither white residents, out of embarrassment, nor Black residents, out of fear, openly discussed it for decades, according to Bob Blackburn, a retired director of the Oklahoma Historical Society who served as chairman of the panel, which was then known as the Tulsa Race Riot Commission.

But rumors of mass graves persisted, and the commission was formed in 1997 to try to give a fuller account of what happened. It announced in January 2000 that a search would be conducted for victims’ remains. However, it reversed course a few months later and decided against excavating any of the sites where bodies were thought or rumored to be buried — a decision Ellsworth thinks was driven by fear of the negative publicity it could generate.

But Tulsa’s current mayor, G.T. Bynum, announced in 2018 that the search would happen, after all, at Oaklawn and Rolling Oaks cemeteries and The Canes, a homeless encampment next to a city park. Ground scans at the sites showed anomalies suggesting they could be mass graves.

Bynum, who is white, said last summer that he felt it was the right thing to do.

“You had generations of people who grew up in this community … and never heard about it,” he said. “I feel a tremendous responsibility as mayor to try and find these folks. That’s a basic thing that a city government should do for people.”

The search got underway last year, and researchers in October found at least 12 sets of remains in coffins at Oaklawn Cemetery, where most of the Black victims whose deaths were confirmed had been buried in unmarked graves. They looked at the remains inside the coffins but covered them back up for further study at a later date and haven’t yet confirmed they are those of massacre victims.

They’ll resume their search on June 1 in that same section of Oaklawn Cemetery, said the state archaeologist, Kary Stackelbeck.

“If the boundaries we estimate are accurate, what we excavated in October is maybe a third or a quarter of that overall size,” she told The Associated Press. “It is not unreasonable for us to develop an estimate of around 30 total (bodies) in the overall mass grave, and that’s a conservative estimate.”

Most of the confirmed Black victims were recorded as having been buried at Oaklawn Cemetery, and any mass graves found during the eventual search at Rolling Oaks Cemetery could confirm witness accounts of bodies being buried there, said Phoebe Stubblefield, a forensic anthropologist on the search team.

“(Rolling Oaks) is a critical area to examine because any remains there, if we can get at the identities, will speak to the event as a massacre,” Stubblefield said.

The area around The Canes is where people reportedly saw remains being prepared for burial, Ellsworth said, estimating there could be 50 to 60 bodies there.

Opinions differ about what to do with any remains that are found. By law, any that are identified would have to be turned over to that person’s descendants to determine how and where to re-inter them, said Ellsworth.

“For those that remain unidentified, (there) should be a memorial akin to the Tomb of the Unknown Soldier,” he said.

Chief Egunwale Amusan, a member of Tulsa’s 1921 Graves Public Oversight Committee whose aunt, Mary Beard, disappeared during the violence and is believed to have been killed, said he thinks any victim remains should be reburied in a cemetery other than Oaklawn, where white people thought to have taken part in the atrocity were also buried.

“One thing you don’t do is inter those bodies of people who were killed in the massacre with the people who committed this atrocity,” Amusan said. “Jews would never allow themselves to be placed in the same cemetery Hitler is interred in. That would never happen.”

Stubblefield, whose aunt and uncle survived the violence but had their home burned, said Oaklawn is well maintained and was used by Black and white people during its long history. She said it’s true that the massacre victims were “discarded and were not honored,” but she views the cemetery as a place for all Tulsans.

“I’m content to have the Greenwood heroes reinterred there … properly honored with identification” as a confirmed victim of the violence, she said.

The researchers have said getting state approval to exhume the remains and rebury them elsewhere could delay the project by another year, but that doesn’t deter Amusan.

Find AP’s full coverage of the centennial of the Tulsa Race Massacre: https://apnews.com/hub/tulsa-race-massacre 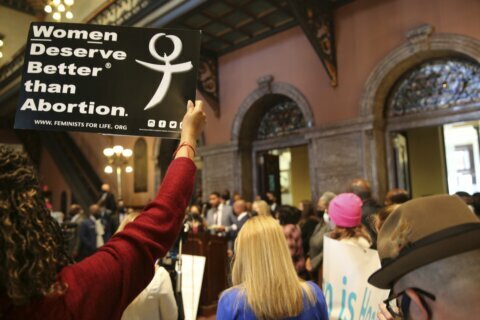