AUSTIN, Texas (AP) — Texas would ban abortions after as early as six weeks — before many women even know they are pregnant — and allow private citizens to enforce the rule through civil lawsuits against doctors and others under a measure given final approval by state lawmakers Thursday.

The Senate vote sends the bill to Republican Gov. Greg Abbott, who is expected to sign it into law. That would bring Texas in line with about a dozen other GOP-led states that have passed so-called “heartbeat bills” that federal courts have mostly blocked. The Texas measure is also likely to draw a swift legal challenge from abortion rights groups.

The bill would ban abortions after the first detection of an embryonic “heartbeat.” Advanced technology can detect an electric signal flutter as early as six weeks into a pregnancy, even though the embryo isn’t yet a fetus and doesn’t have a heart. An embryo is termed a fetus beginning in the 11th week of pregnancy, medical experts say.

A unique provision in the Texas bill prohibits state officials from enforcing the ban. Instead, it allows anyone, even someone outside Texas, to sue a doctor or anyone else who may have helped someone get an abortion after the time limit, and seek financial damages of up to $10,000 per defendant.

“The Texas Heartbeat Act is novel in approach, allowing for citizens to hold abortionists accountable through private lawsuits. No heartbeat law passed by another state has taken this strategy. Additionally, the bill does not punish women who obtain abortions,” said Rebecca Parma, Texas Right to Life senior legislative associate.

Critics say that provision would allow abortion opponents to flood the courts with lawsuits to harass doctors, patients, nurses, domestic violence counselors, a friend who drove a woman to a clinic, or even a parent who paid for a procedure.

And they argue that it would violate state constitutional requirements that civil lawsuits can be filed only by impacted parties. Under the bill, a person filing the lawsuit would not need any personal connection to the abortion in question.

The bill has been opposed by medical groups.

“Texas has now joined the new wave of extreme abortion bans passed this year across the U.S.,” said Nancy Northup, president and chief executive officer of the Center for Reproductive Rights. “This bill essentially opens the floodgates to allow anyone who is hostile to abortion to sue doctors and clinics, consuming their resources and forcing them to shut down. We will pursue all legal options to prevent this law from taking effect.”

Texas law currently bans abortion after 20 weeks, with exceptions for a woman with a life-threatening medical condition or if the fetus has a severe abnormality.

Proponents of these so-called “heartbeat bills” are hoping for a legal challenge to eventually reach the U.S. Supreme Court, where they look for the conservative coalition assembled under President Donald Trump to end the constitutional right to abortion protected under the high court’s landmark 1973 Roe v. Wade ruling. 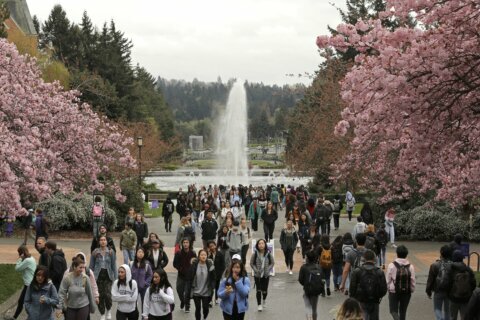