Removal of Confederate names could affect hundreds of sites

WASHINGTON (AP) — The push to remove Confederate names from Pentagon properties, including storied Army posts, could eventually affect hundreds of items and facilities, the chair of the congressionally chartered Naming Commission said Friday.

Michelle Howard, a retired Navy admiral who heads the commission, told reporters her group began its work in March, with an interim report due to Congress in October and a final report a year later.

She said the eight-member group is still developing the renaming criteria and will begin its site visits with a trip to the U.S. Military Academy at West Point, New York. The academy faces scrutiny because it has a barracks named for Robert E. Lee, commanding general of the rebel army of the Confederate States of America.

Congress acted last year, overriding a defense bill veto by President Donald Trump, as part of a public outcry over the killing in May 2020 of George Floyd, a Black man, at the hands of Minneapolis police. Calls arose to remove Confederate symbols, including military base names, deemed to be racist relics.

The initial public focus was on Army bases such as Fort Bragg, North Carolina, which is named for Confederate general Braxton Bragg, and Fort Benning, Georgia, named for Brig. Gen. Henry L. Benning, who served under Lee.

Howard said the commission’s mandate from Congress is to look more broadly, and that it will consider the naming of military base streets, for example, as well as ships, aircraft and Defense Department buildings. The only federal military item explicitly exempted by the legislation is grave markers, she said.

“Once we get down to looking at buildings and street names, it potentially could run into the hundreds,” she said.

The Navy has identified for renaming consideration the USNS Maury, an oceanographic survey ship that was named for Cmdr. Matthew Maury, who resigned from the U.S. Navy to join the Confederacy during the Civil War.

Howard said a key part of the commission’s work will be consulting with local civic leaders to consider their views.

Britney Spears asks judge to free her from conservatorship 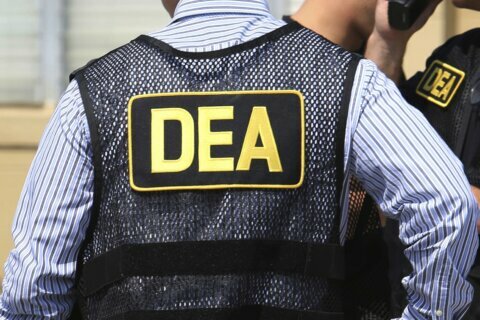