INDIANAPOLIS (AP) — An outside investigation into the death of a Black doctor while she battled COVID-19 has found that…
Listen now to WTOP News WTOP.com | Alexa | Google Home | WTOP App | 103.5 FM

INDIANAPOLIS (AP) — An outside investigation into the death of a Black doctor while she battled COVID-19 has found that the treatment she received at a suburban Indianapolis hospital did not contribute to her death, its parent organization said Wednesday.

However, the review by a panel of six outside experts concluded Dr. Susan Moore suffered from a lack of cultural competence on the part of those treating her at IU Health North in Carmel, parent IU Health said.

IU Health in its statement acknowledged a “lack of empathy and compassion” was shown in the delivery of her care.

Moore, 52, a family medicine physician who had practiced in Indiana since 2009, died Dec. 20, about two weeks after she was released from IU Health North and then admitted to a different hospital.

In a Dec. 4 Facebook post, she said she had to repeatedly ask for medication, scans and routine checks while admitted to IU Health North. She said a white doctor in particular seemingly dismissed her pain, and she said she didn’t trust the hospital.

IU Health did not specify the :empathy and compassion” issues, or identify which caregivers were responsible for Moore’ s medical care.

“We owe it to our patients to always show up for them, to treat them with dignity and respect, to appreciate their perspectives, and to validate their feelings when they are in our care,” IU Health CEO Dennis Murphy said in a statement.

“We did not live up to these values with Dr. Moore and acknowledge that we have more to do to become a more diverse, inclusive and anti-racist health system,” Murphy said.

Murphy told the Indianapolis Business Journal that no staff members will be terminated, at the recommendation of the outside review panel, which included four Black members. He said a small number of staff members will be placed on administrative leave while they receive diversity training, then will be returned to their clinical roles.

The hospital system has begun taking steps including — conduct training for all employees “to enhance compassion, encourage empathy and facilitate an optimal patient experience” — after receiving recommendations from the panel.

The hospital system said it will talk to community leaders and stakeholders “to publicly acknowledge the history of racism in healthcare and Indiana, and how IU Health will work toward reconciliation and change.”

Britney Spears asks judge to free her from conservatorship 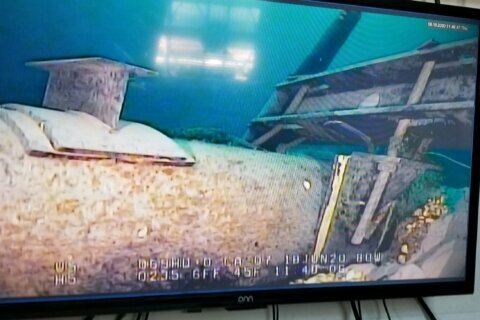