Can monthly cash payments cut child poverty by nearly half?

Expanded Child Tax Credit payments, which start flowing in July to roughly 39 million households, are an ambitious attempt to rewrite some of core rules of the American social safety net. Proponents predict they could cut nationwide child poverty levels in half, but they are only supposed to last a year.
Listen now to WTOP News WTOP.com | Alexa | Google Home | WTOP App | 103.5 FM
(1/10) 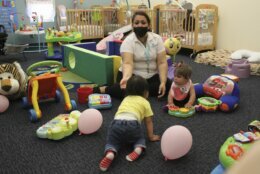 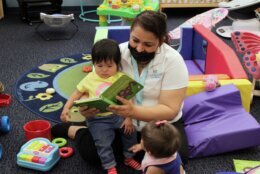 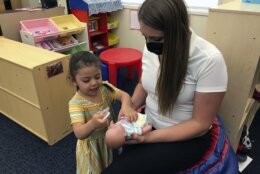 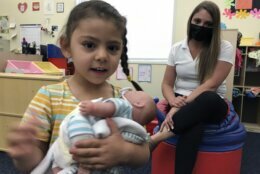 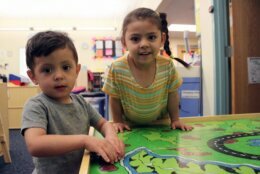 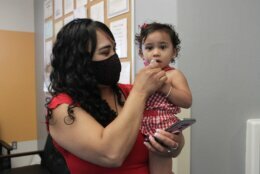 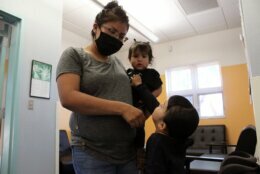 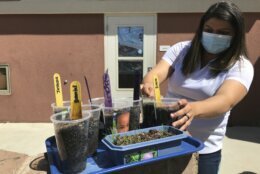 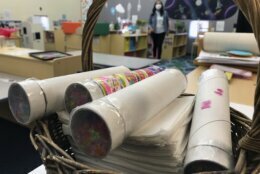 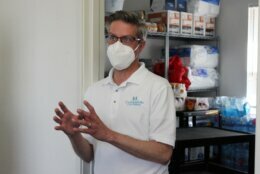 ALBUQUERQUE, N.M. (AP) — The check won’t arrive until mid-July, but Katrina Peters already knows what she’ll do with her Child Tax Credit payments. The 20-year-old mother of three has applied to work as a driver with a food delivery app, and the extra cash is earmarked for repairing, registering and insuring her car.

“I just need to make sure it’s 100% and then I can start working and get an income,” Peters said, cradling her 3-week-old son, Armani. “That’s where it starts.”

The payments are a key part of Democrats’ COVID-19 aid bill passed in March, but for policymakers they are more than just an attempt to help families recover from the pandemic. The monthly checks of up to $300 per child for millions of families are part of an ambitious attempt to shrink child poverty and rethink the American social safety net in the process.

With an emphasis on direct, no-strings cash support, the payments are a deliberate departure from a system that for decades has tried to control how Americans spend their government assistance by funneling it to food, housing or child care. Peters is as free to use the cash on her car as she is to spend it on diapers.

“There’s something huge happening with the idea that the lowest-income people need cash assistance the most,” said Teague Gonzalez, public benefits director with the New Mexico Center on Law and Poverty. “The pandemic opened up a connection to the idea of giving people cash and letting them decide how to use it.”

The expanded CTC payments, which are due to begin going out July 15, are only meant to last a year, but architects and proponents aren’t trying to hide the fact that they want to make this permanent. The coronavirus pandemic, they say, laid bare the inadequacies of America’s support system and provided the political momentum to make lasting changes.

“If implemented well, this could be transformative,” said Emma Mehrabi, director of poverty policy at the Children’s Defense Fund. “This could cut child poverty in nearly half.”

Part of the American Rescue Plan, the Child Tax Credit provisions will increase the payments and greatly expand the number of families eligible. The practical result will be direct payments for each child to families ranging from impoverished to solidly middle class — $3,600 per year for children under age 6 and $3,000 per year for older children. Roughly 39 million households will receive at least partial payments, covering an estimated 88 percent of American children.

In places like New Mexico, a state with one of the highest rates of children living in poverty, this is a potential crossroads. One in 4 New Mexican children is considered impoverished, compared with 1 in 7 nationally.

With three kids under age 6, Peters is due to receive up to $900 per month, and all of it is welcome. Her construction worker boyfriend has been out of work due to the pandemic, she said, her government subsidized housing voucher has expired and only the national eviction moratorium has protected her. Armani requires a special kind of baby formula that she can’t buy with her government nutrition program benefits.

“Sixteen dollars a can, and he goes through it in two or three days,” she said.

Democratic New Mexico Sen. Martin Heinrich said the philosophy behind the payments is to treat child poverty as an avoidable traumatic event — one that has been proved to impact future academic performance, emotional stability, earning power and legal record.

“It affects your ability to have positive relationships, both professionally and in your home life. … The more of these stack up, you’re more likely to have problems with the legal system, unsuccessful relationships, lower lifetime income,” Heinrich said.

Besides a basic acknowledgement by the government that raising children is expensive for almost anybody, advocates said the payments are an expression of faith in the judgment of struggling families.

“It’s an issue of trust. We need to trust these families to do what’s right,” said Jeffrey Hoehn, executive director of Cuidando Los Ninos, an Albuquerque charity that provides housing, child care and financial counseling for mothers transitioning from homelessness. “We find that our single moms, they know where every single penny goes. It’s just that they don’t have enough pennies.”

Hoehn said different families will have shifting needs and resources from month to month, putting the cash toward rent, utilities or even therapeutic leisure activities. In a sprawling town like Albuquerque, it’s hard to find work without a car, and Hoehn said many families his group works with are looking to the extra cash to acquire or fix a vehicle.

For Margarita Mora, the money is earmarked to help cushion her family’s transition to stability. The 36-year-old mother of three had been staying in an Albuquerque motel converted into a family shelter and would soon be getting her own subsidized apartment through Cuidando Los Ninos.

“I’ll be able to pay my utilities and basic supplies, plus gas to go look for work,” said Mora, an unemployed caregiver. “And I need to work on my debt. My credit score isn’t so great.”

The money isn’t only going to the neediest. Carissa Oswald, a stay-at-home mom in Albuquerque whose partner works with the local railroad, counts herself as middle class. But having given up her work as a caregiver to raise her 11-month-old daughter, she finds that money is frequently tight.

“Kids are expensive, right? It would let us breathe a little bit easier,” she said. “The tension is real. The stress is real.”

Martinez highlights the fact that CTC payments will be monthly, instead of some annual balloon payment, as a crucial distinction. The smaller monthly boosts, he said, are more likely to be incorporated into the household budget and “create certainty in a family.”

The expanded CTC expires in 2022, although President Joe Biden has proposed extending it through 2025. Whether that happens may depend on whether advocates can demonstrate a positive impact — and whether opponents, primarily Republicans, find evidence of waste.

Heinrich said he expects that opponents will have no problem gathering examples of parents spending money on things deemed unnecessary and he is braced for a revival of the Ronald Reagan-era “welfare queen” trope. The future of the program may well be riding on the outcome of the 2022 congressional elections, when Democrats will seek to retain their slim majorities in both the House and the Senate.

For now, CTC supporters are counting on enough positive examples to counter the criticisms, plus the fact that monthly cash should be popular with both Democratic and Republican families up and down the income ladder.

“There will be plenty of compelling anecdotes on either side of it,” Heinrich said. “At the same time we will have the data by then to show what a difference it has made. I want to see the data, and I suspect that in New Mexico, this will have an enormous impact.” 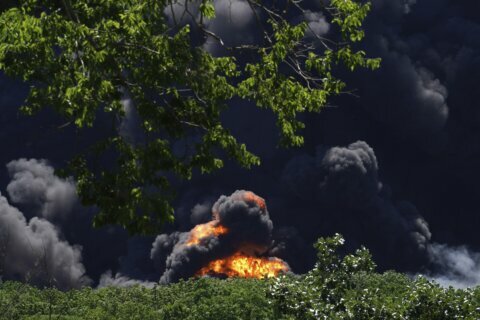