The program will allow people with one of 16 qualifying medical conditions, including cancer, a terminal illness and depression, to purchase medical marijuana with the recommendation of a doctor. The approval came eight years after a medical marijuana bill in 2013 won that year’s so-called “Shroud Award” for the “deadest” bill of the year in the House of Representatives.

Ivey called signing the bill an “important first step” and thanked the sponsors, of the bill for their work. While the bill takes effect immediately, the bill sponsor estimated it will be about 15 months or so before medical marijuana is available in the state.

“This is certainly a sensitive and emotional issue and something that is continually being studied. On the state level, we have had a study group that has looked closely at this issue, and I am interested in the potential good medical cannabis can have for those with chronic illnesses or what it can do to improve the quality of life of those in their final days,” Ivey said.

The bill was sponsored by Republican Sen. Tim Melson, an anesthesiologist. It was handled in the House of Representatives by Republican Rep. Mike Ball, a former state trooper and state investigator. The approval came after a number of lawmakers shared stories of loved ones and their illnesses.

“Hopefully, we are going to help some people,” Melson said Monday night.

Melson said for people who have tried other treatments without success, that people will have “another option to treat themselves and get some relief.” The state Senate approved the bill in February by a 21-8 vote after just 15 minutes of debate. But the House of Representatives had traditionally been more skeptical of medical marijuana proposals and sent the bill through two committees before approving it 68-34.

The bill would allow the marijuana in forms such as pills, skin patches and creams but not in smoking or vaping products.

Representatives voted to name the bill after the son of a state Democratic representative, Laura Hall. She had first introduced a medical marijuana bill over a decade ago after her son Wesley ‘Ato’ Hall had died of AIDS.

Ball, who shepherded the bill through the House, said last week that “hearts and minds” were slowly changed on the issue.

“I think we just educated them as much as anything. This wasn’t done on emotion. This was done on science,” Melson said. 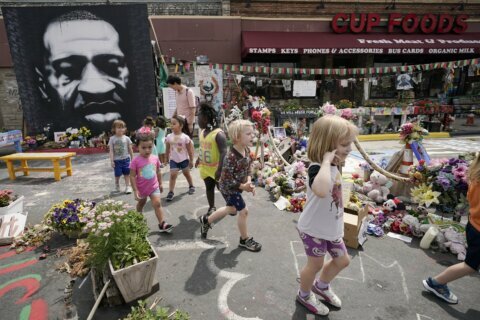