Not her body. She had left this Earth 18 years ago, at age 100. But on this day, three generations of her family brought Ernestine’s keepsakes back to this place which meant so much to her. A place that was, like their matriarch, a survivor of a long-ago atrocity.

After her community was leveled by white rioters in 1921 — after the gunfire, the arson, the pillaging — the high school sophomore temporarily fled Tulsa with her family. “I thought I would never, ever, ever come back,” she said in a 1994 home video.

But she did, and somehow found a happy ending.

“Even though the riot took away a lot, we still graduated,” she said, a smile spreading across her face. “So, we must have stayed here and we must have done all right after that.”

Not that the Gibbs family had it easy. And not that Black Tulsa ever really recovered from the devastation that took place 100 years ago, when nearly every structure in Greenwood, the fabled Black Wall Street, was flattened — aside from Vernon AME.

The Tulsa Race Massacre is just one of the starkest examples of how Black wealth has been sapped, again and again, by racism and racist violence — forcing generation after generation to start from scratch while shouldering the burdens of being Black in America.

“Greenwood proved that if you had assets, you could accumulate wealth,” said Jim Goodwin, publisher of the Oklahoma Eagle, a local Black newspaper established in Tulsa a year after the massacre.

“It was not a matter of intelligence, that the Black man was inferior to white men. It disproved the whole idea that racial superiority was a fact of life.”

Prior to the massacre, only a couple of generations removed from slavery, unfettered Black prosperity in America was urban legend. But Tulsa’s Greenwood district was far from a myth.

Down on Black Wall Street, many Black Tulsans spent the money they earned working for white people, in a bustling, booming city within a city. Black-owned grocery stores, soda fountains, cafés, barbershops, a movie theater, music venues, cigar and billiard parlors, tailors and dry cleaners, rooming houses and rental properties: Greenwood had it.

Tensions between Tulsa’s Black and white populations inflamed when, on May 31, 1921, the white-owned Tulsa Tribune published a sensationalized report describing an alleged assault on Sarah Page, a 17-year-old white girl working as an elevator operator, by Dick Rowland, a 19-year-old Black shoeshine.

Rowland was arrested. A white mob gathered outside of the jail. Word that some in the mob intended to kidnap and lynch Rowland made it to Greenwood, where two dozen Black men had armed themselves and arrived at the jail to aid the sheriff in protecting the prisoner.

Some white Tulsans took the sight of angry, armed Black men as evidence of an imminent Black uprising. Over 18 hours, between May 31 and June 1, whites vastly outnumbering the Black militia carried out a scorched-earth campaign against Greenwood.

More than 35 city blocks were leveled, an estimated 191 businesses were destroyed, and roughly 10,000 Black residents were displaced from the neighborhood where they’d lived, learned, played, worked and prospered.

No white person has ever been imprisoned for taking part in the massacre, and no Black survivor or descendant has been justly compensated for who and what they lost.

A new $30 million history center and museum, Greenwood Rising, will honor the legacy of Black Wall Street with exhibits depicting the district before and after the massacre, according to the 1921 Tulsa Race Massacre Centennial Commission. But critics have said the museum falls far short of delivering justice or paying reparations to living survivors and their descendants.

Now, a few living massacre survivors and other victims’ descendants are suing for reparations. The defendants include the local chamber of commerce, the city development authority and the county sheriff’s department.

“Every time I think about the men and women that we’ve worked with, and knowing that they died without justice, it just crushes me,” said Damario Solomon-Simmons, a native Tulsan who is a lead attorney on the lawsuit.

The lawsuit, which is brought under Oklahoma’s public nuisance statute, seeks to establish a victims’ compensation fund paid for by the defendants. It also demands payment of outstanding insurance policy claims that date back to the massacre.

Republican Mayor G.T. Bynum, who is white, does not support paying reparations, because “you’d be financially punishing this generation of Tulsans for something that criminals did a hundred years ago,” he said.

“There is work to do in addressing … disparities and making this city one of greater equality,” Bynum added.

State Sen. Kevin Matthews, who is Black and chairs the massacre centennial commission, believes the Greenwood Rising history center, planned for his legislative district, is a start.

“We wanted the story told first,” Matthews said. “So this is my first step, and I do agree that reparations should happen. Part of reparations is to repair the damage of even how the story was told.”

For Ernestine Gibbs and her family, the real pride is not in survival. It is in surmounting disaster, and in carrying on a legacy of Black entrepreneurial spirit that their ancestors exemplified before and after the massacre.

Even as she taught in the Tulsa school system for 40 years, Ernestine and her husband, LeRoy Gibbs, opened a poultry and fish market in the rebuilt Greenwood in the 1940s. Urban renewal in the late 1950s forced them to move Gibbs Fish & Poultry Market further into north Tulsa. The family purchased a shopping center, expanded the grocery market and operated other businesses there until they could no longer sustain it.

The shopping center briefly left family hands. Grandson LeRoy Gibbs II and his wife, Tracy, repurchased the center in 2015 and revived it as the Gibbs Next Generation Center. The hope is that the following generation — including LeRoy “Tripp” Gibbs III, now 12 — will carry it on.

“The perseverance of it is what she tried to pass on to me,” said LeRoy Gibbs II. “We were fortunate that we had Ernestine and LeRoy … They built their business.” 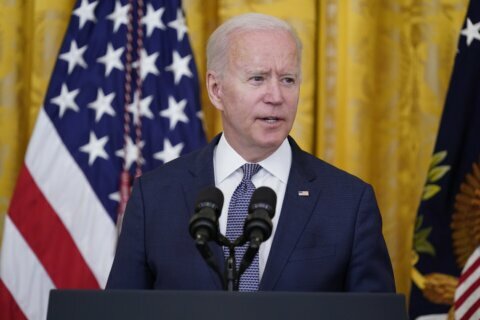 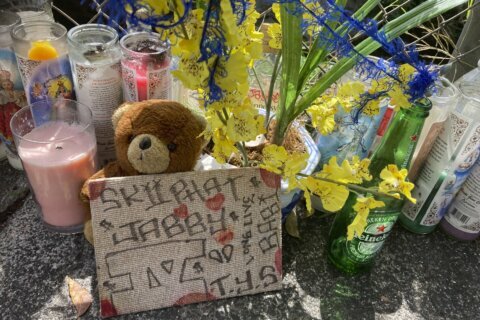