NASHVILLE, Tenn. (AP) — A Tennessee judge has made a rare move to rule against an opioid firm before a…
Listen now to WTOP News WTOP.com | Alexa | Google Home | WTOP App | 103.5 FM

NASHVILLE, Tenn. (AP) — A Tennessee judge has made a rare move to rule against an opioid firm before a civil trial over its role in the epidemic, saying there was a “coordinated strategy” by the company and its attorneys to delay proceedings, deprive plaintiffs of information and interfere with the administration of justice.

In Sullivan County Circuit Court on Tuesday, Chancellor E.G. Moody entered the default judgment against Endo Pharmaceuticals, saying the company willfully withheld records during legal discovery to gain an edge at trial. In the ruling, the judge cited a dozen falsehoods from Endo’s legal team as the case played out.

The ruling finds the opioid manufacturer and another Endo subsidiary liable and sends the case right to a trial over damages.

“Although this is a harsh sanction, justice demands it under the circumstances,” Moody wrote. “Anything less would make a mockery of the attorneys who play by the rules and the legal system.”

The company indicated Wednesday that it plans to appeal the judge’s orders in the case, calling them “procedurally, factually, and legally deficient.”

The plaintiffs have sued for $2.4 billion. The judge wrote they have “expert testimony that supports that amount.”

“We look forward to putting our $2.4 billion damage case to a jury and ultimately seeing funds returned directly to these small communities, which have borne the brunt of Endo’s focus on financial gain,” said Gerard Stranch, managing partner of the firm representing the plaintiffs.

The plaintiffs of the 2017 lawsuit include three northeastern Tennessee district attorneys as well as a baby born addicted to opioids who is referred to as Baby Doe.

Endo, which has a U.S. headquarters in Pennsylvania, is the last remaining active corporate defendant after Mallinckrodt and Purdue Pharma filed for bankruptcy. The lawsuit seeks to hold the company liable under the Tennessee’s Drug Dealer Liability Act, a strategy the state Supreme Court said is allowed in a December 2020 opinion in a similar case.

The same Supreme Court ruling said the local prosecutors can’t be plaintiffs, so their corresponding cities and counties are in the process of being substituted into the case.

The lower court judge had already held the company in contempt of court in May 2020 over discovery issues, including false statements.

Endo defended its efforts to address the judge’s concerns, saying it hired an additional law firm, produced hundreds of thousands of additional documents and offered additional depositions at Endo’s expense.

But the judge said the company produced almost 400,000 documents after the discovery period closed, despite saying in February 2020 that it had not withheld anything. Many of the records that the company knowingly withheld were highly relevant and in some cases directly contradict testimony by Endo’s witnesses, the judge wrote.

“Plaintiffs should not be forced to choose between going to trial without this highly relevant information — which Endo and its attorneys intentionally hid from Plaintiffs and this Court — or delaying the trial for months or even a year,” Moody wrote.

Additionally, Moody wrote that the company and its lawyers “have no shown any remorse, admitted their wrongdoing or apologized to opposing counsel or the Court for their actions.”

“It’s very rare, but then again, rarely do you see the kind of behavior and actions taken by counsel and a defendant as outlined in that order,” District Attorney General Barry Staubus, one of the plaintiffs, said of the default judgment.

At the state level, Tennessee has sued several companies over the opioid epidemic. Attorney General Herbert Slatery also is in a leadership role among a group of state attorneys general investigating various opioid manufacturers and distributors and negotiating possible settlements. 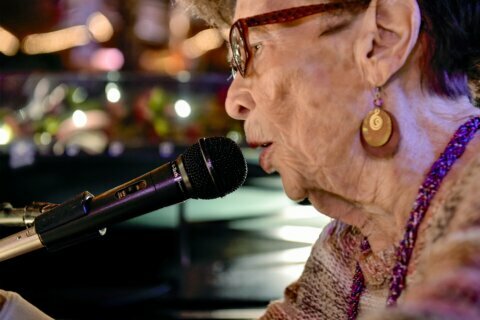