BOCA RATON, Fla. (AP) — A Florida woman who claimed she is Harry Potter fatally struck a federal judge visiting from New York and seriously injured a 6-year-old boy after swerving her car onto a sidewalk, officials said.

Nastasia Snape, 23, is charged with vehicular homicide and other felonies for Friday’s crash that killed District Judge Sandra Feuerstein, 75, who served in the Eastern District of New York since 2003. The boy, Anthony Ovchinnikov, was taken to the hospital, but his condition Sunday could not be determined.

According to court records, witnesses told Boca Raton police the Snape was driving erratically, going around stopped traffic, on a busy road when she drove onto the sidewalk and struck Feuerstein. Snape then drove back onto the roadway, striking the boy in a crosswalk.

Police say Snape then fled into neighboring Delray Beach, where she crashed. A Delray police officer said Snape appeared to be having convulsions, but was able to get out of the car. She stared into space and would only say she was OK.

Police say that in the ambulance, Snape began screaming and fighting with medics while yelling she is Harry Potter. The medics drugged her. Police say they found in her purse the synthetic drug commonly known as “bath salts,” which can cause psychotic episodes.

She remained jailed Sunday on $60,000 bond. The Palm Beach County public defender’s office was not open Sunday and has a policy of not speaking about its cases. In the Potter novels, there is a character named Snape.

Feuerstein was appointed to the federal bench by President George W. Bush after 16 years as a New York state judge, according to Eastern District website. The court’s jurisdiction covers Long Island, including Brooklyn and Queens, along with Staten Island.

She had been presiding over the case of a former New York City police officer, Valerie Cincinelli, who is accused of paying her lover to kill her husband. The lover went to authorities and she was arrested. Cincinelli had been expected to plead guilty this week, according to media reports. It is unclear how Feuerstein’s death will affect the case. Her late mother, Annette Elstein, was also a judge and they were believed to be the first mother-daughter duo to be judges.

In a statement, Eugene Corcoran, the Eastern District’s executive, said Feuerstein’s “eccentric style and warm personality lit up the courtroom. She will be missed by her colleagues and litigants alike.”

Feuerstein was born in New York in 1946 and worked as a schoolteacher before earning a law degree from the Benjamin N. Cardozo School of Law in 1979.

“She viewed a judge’s role as interpreting and not creating law,” Joshua Glick, who clerked for Feuerstein, told Newsday. “She was focused on writing clear and concise opinions that were easily understood. She was occasionally tough on litigants who she felt were not being fully candid with her, but she was always fair.” 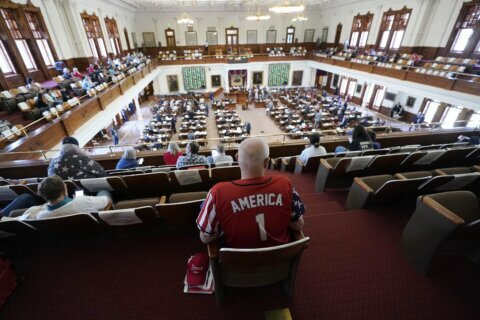