NEW YORK (AP) — Greta Thunberg turned 18 in January, but she’s already made peace with her future: While most college students will change their concentrations multiple times, the Swedish high school student says climate change activism will be her life’s mission.

“In a perfect world, there wouldn’t need to be a climate activist, but unfortunately, there will probably still be a need for climate activists for quite some time,” she said. “I think I will be doing this for as long as there is a need for people to do this.”

Thunberg’s activism and message is brought to life in a new docuseries, “Greta Thunberg: A Year to Change the World.” The three-part series, a co-production between PBS and BBC Studios premiering Thursday on Earth Day, follows the then-16-year-old as she took a gap year from school in 2019 to meet with scientists around the world and spearhead awareness about climate change.

The docuseries shows her visiting people and places that have been distinctly affected by the heating of the Earth, such as Canada’s Athabasca Glacier, a town in California burned by wildfires and the indigenous Sami herders in Sweden where reindeer face starvation. She even sails across the North Atlantic during the ocean’s busiest season to experience how carbon dioxide emissions from ships have altered the chemistry of the ocean.

“A Year to Change the World” also gives a behind-the-scenes look at her speaking at massive rallies, and also reveals how her momentum was significantly slowed by the worldwide coronavirus pandemic. Thunberg, a 2020 Nobel Peace Prize nominee, said while she grew even more knowledgeable about climate change, there were moments that surprised her, like meeting with Polish coal miners.

And it’s many of those heads of government that have positioned Greta as a political lighting rod and inadvertently raised her global profile. Brazil’s conservative president Jair Bolsonaro has called her a “brat,” Russian President Vladimir Putin has said she doesn’t understand that the “modern world is complex,” and former president Donald Trump mentioned her at rallies, which resulted in cascades of boos. He even famously tweeted, “Greta must work on her Anger Management problem, then go to a good old fashioned movie with a friend! Chill, Greta, Chill!”

Thunberg, the youngest person ever to receive Time’s Person of the Year honor in 2019, said she doesn’t fully understand why she’s on the radar of government officials, but it shows that the message of climate change is reaching far and wide.

But Thunberg says she believes what’s most intriguing about the new project is what the filmmakers weren’t able to include.

“I think maybe the most interesting thing about the documentary series is what didn’t get into the series. I don’t know how many fashion companies like H&M, car companies like Volkswagen, oil companies like Shell and airlines and so on that we asked for interviews, but they all refused consistently. And that, I think is very interesting — it says a lot about them.”

While U.S. PBS stations and BBC Earth in Canada air the docuseries Thursday, Thunberg will be at her school in Sweden, which re-opened in-person classes to one day a week. She’ll also use Earth Day to testify virtually to the U.S. Congress, along with scientists, about fossil fuel subsidies.

Thunberg says she understands that changing the world — or even getting her fellow global citizens to care about how’s it’s changing — will not happen overnight, but she wants everyone to be aware about how their daily actions can affect future generations.

“I’m not telling anyone to care,” said Thunberg. “But if you want yourself and your children and grandchildren to be able to live in a prosperous world and in a world where they can enjoy all the things in life that you have gotten to enjoy, then you should care. But of course, that’s up to you. I’m not telling you to do something — saving the world is voluntary.” 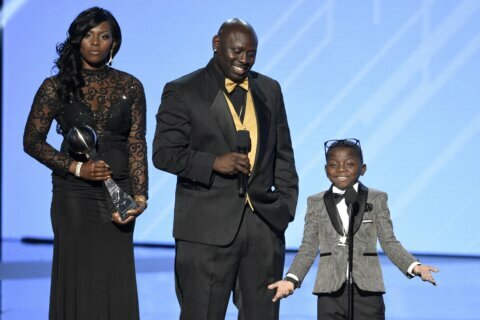 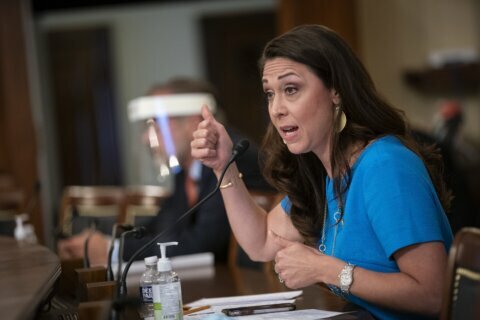