MINNEAPOLIS (AP) — The attorney for the former Minneapolis police officer accused of murder and manslaughter in George Floyd ’s death cited the disputed concept of excited delirium during closing arguments Monday in an effort to show that the force Derek Chauvin used was objectively reasonable given Floyd’s resistance.

Floyd, a 46-year-old Black man, was arrested outside a neighborhood market on May 25, accused of trying to pass a counterfeit $20 bill. A panicky-sounding Floyd struggled and said he was claustrophobic as police tried to shove him into a squad car. After three officers pinned Floyd to the ground, Thomas Lane, a rookie officer at the scene, can be heard on body camera video asking whether he might be experiencing excited delirium.

Meanwhile, Chauvin pressed his knee to Floyd’s neck for about 9 1/2 minutes, even as Floyd struggled, said he couldn’t breathe and eventually became limp.

“Mr. Floyd was able to overcome the efforts of three police officers while handcuffed with his legs and his body strength,” said Chauvin’s defense attorney, Eric Nelson, showing body-camera video of the struggle.

He argued that Chauvin, acting as a “reasonable police officer,” was watching for signs of excited delirium.

Nelson last week recalled Nicole Mackenzie, a Minneapolis police officer who trains other officers in medical care and who had already testified for the prosecution.

Mackenzie told the jury that new officers are taught how to recognize signs of excited delirium. Suspects may be incoherent, she said, exhibit extraordinary strength, sweat or suffer from abnormal body temperature, or seem like they suddenly snapped. They’re taught that cardiovascular disease, drug abuse or mental illness can trigger excited delirium, she said.

But she told the jury that she would defer to an emergency room doctor in diagnosing the condition and she didn’t know if Chauvin had received that training, which typically is provided for rookies.

In closings Monday, prosecutor Jerry Blackwell described the topic as a “story” created by the defense to shift blame for Floyd’s death.

“Mr. Floyd didn’t even have a pulse. That didn’t justify keeping your knee on his neck when you should have been administering CPR, when you could have brought him back to life again because you’re afraid that he would come to, with no pulse and rampage the city,” he said. “That’s the sort of thing you see in Halloween movies, ladies and gentlemen. Not in real life.”

A key question at Chauvin’s trial has been whether he used reasonable force in pinning Floyd to the pavement for 9 minutes, 29 seconds while Floyd was handcuffed and lying on his stomach, complaining that he couldn’t breathe. Minneapolis Police Department officials testified that he did not — that Floyd was under control so force should have quickly ended.

Nelson emphasized that Floyd was bigger than Chauvin, suggested that suspects can present a danger even when handcuffed, and that handcuffs can fail. He also suggested that Chauvin was rightly concerned about angry onlookers. A defense use-of-force expert, Barry Brodd, a former Santa Rosa, California, police officer, testified that Chauvin was justified in pinning Floyd to the ground because of his frantic resistance.

WHAT DOES SCIENCE SAY ABOUT EXCITED DELIRIUM?

Some medical examiners in recent decades have attributed in-custody deaths to excited delirium, often in cases where the person had become extremely agitated after taking drugs, having a mental health episode or other health problem. But there is no universally accepted definition of it and researchers have said it’s not well understood.

The American Psychiatric Association’s diagnostic handbook doesn’t list the condition and one study last year concluded it is mostly cited as a cause only when the person who died had been restrained.

Early in the trial, Dr. Bill Smock — an expert in forensic medicine who works as a police surgeon for the Louisville Metro Police Department in Kentucky and as a professor of emergency medicine at the University of Louisville — testified that he believes excited delirium is real. But he said Floyd met none of the 10 criteria developed by the American College of Emergency Physicians. A minimum of six signs are required for the diagnosis, he said.

A medical examiner in New York concluded that Daniel Prude was in a state of excited delirium in 2020 when police in Rochester put a hood over his head and pressed his naked body against the pavement. Prude, a Black man, lost consciousness and died. State Attorney General Letitia James recommended that officers be trained to recognize the symptoms of excited delirium. 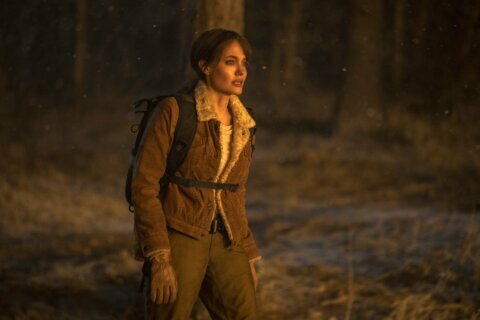