LOS ANGELES (AP) — A murder suspect who was mistakenly released from a Southern California jail was recaptured Monday after a three-week manhunt, authorities said.

Steven Manzo was spotted in the city of Buena Park in Orange County, getting into a grey Nissan Sentra with several other people inside, and investigators followed the car to the nearby city of Cypress where Manzo was arrested, according to a statement from the Los Angeles County Sheriff’s Department.

He was being held on more than $4 million bail.

Manzo, 24, was one of three men charged with fatally shooting Salvador Corrales, a 24-year-old father of two, in Long Beach in 2018.

He walked out of Century Regional Detention Center in Lynwood, a Los Angeles suburb, on March 9, one day after he was scheduled to face a hearing on murder charges.

Several agencies have denied blame for his release.

The Los Angeles County district attorney’s office said Manzo wasn’t brought to court from jail on March 8 and so the charges were dismissed and immediately refiled in order to allow postponement of the hearing. A judge ordered Manzo held in custody.

However, the Sheriff’s Department, which staffs the detention center, said it received a release order from the court and didn’t make any errors.

After being released, Manzo ran across a busy freeway and vanished in an area south of downtown Los Angeles. Authorities shut down Interstate 101 during the immediate search. 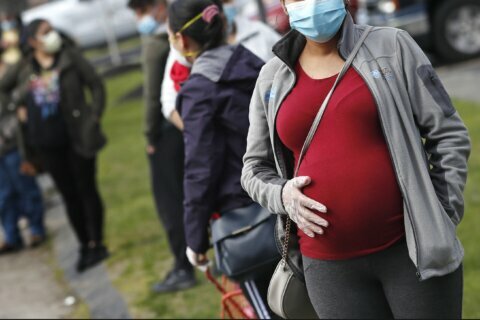